Share All sharing options for: 10 reasons to hate the..Oakland Athletics 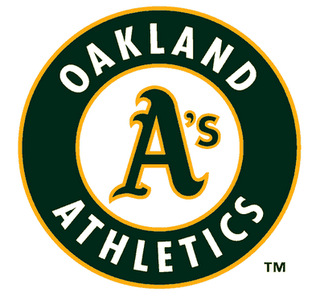 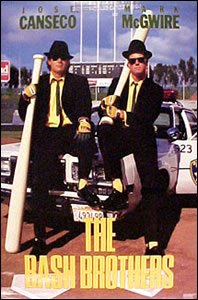 Turns out this was a comedy.

2. The white shoes
"Look at us. We're so different. We're crazy out here on the left coast."

3. McAfee Coliseum
I've never been there, but McAfee Coliseum has to be the worst ballpark in baseball. It has tons of wasted space in the lower seating area, MLS style tarps over the empty seats in the upper deck, and awful site lines. I don't think anyone will shed a tear when this concrete dinosaur meets the wrecking ball when the A's open their new ballpark in a few years.

5. They are responsible for the rise (and ultimately the fall) of MC Hammer
6. Rick Honeycutt(er)
Honeycutt was notorious for scuffing baseballs and was once caught doctoring a ball with a thumbtack.
7. The Moneyball Philosophy didn't really pan out
8. Charlie Finley once paid his players $300 to grow mustaches...
and the image of Rollie Fingers was born.
9. Their tagline is "100% Baseball"
I was hoping for a 60/40 split between baseball and badminton.
10. The A's website still has "Big Joe's Bluegrass Blog" up
"I think this is Year Three of 'Joe's Gonna Get Traded' talk"....yep
One reason to love the A's: Eric Byrnes never touched home plate.