Share All sharing options for: 10 reasons to hate the...Texas Rangers

1. They try to lay claim to the entire state of Texas
What about the Houston Astros? I guess "Texas Rangers" sounds better than "Dallas/Fort Worth Rangers of Arlington".

2. They have Sarah Jessica Parker as their mascot 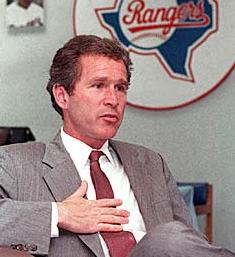 4. More W than W's
The Rangers have never won a playoff series. 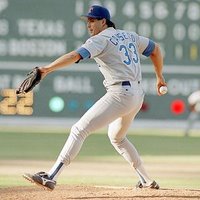 8. ...and they are ironically named after a law enforcement agency

9. Their Spring Training home is a town called Surprise
Surprise! You're not going to make the playoffs this year!


One reason to love the Rangers: Charlie Hough is in their Hall of Fame. I'm glad someone appreciates the art of the knuckleball.

This is the last of the "10 reasons to hate the..." series. I've learned a lot of fun facts about the teams of the American League. I hope you've enjoyed reading these entries as much as I've enjoyed writing them. I want to thank St. Petersburg Times writer Tom Jones for inspiring me to write this series.