I would love to see an NHL-KHL All-Star Game

Share All sharing options for: I would love to see an NHL-KHL All-Star Game 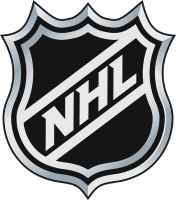 Let's face it, the NHL All-Star Game sucks. It is pretty much a glorified game of pond hockey where most guys are just trying not to get hurt or look bad. There is more contact at a Mormon high school dance than there is in the NHL All-Star Game. That is why I am proposing that the NHL buries the hatchet with the KHL for one weekend a year and play an exhibition game against a team of KHL All-Stars.

Can you imagine all the story lines swirling around this event? There is the animosity between the two leagues stemming from the KHL's poaching of NHL players, players facing old teammates for the first time since jumping ship for the KHL, guys that wore out their welcome in the NHL like Ray Emery trying to prove everyone wrong, and just good old leftover Cold War tension.

The KHL is trying to prove that they have a product on par with the NHL. What better way to prove it than challenging a team of NHL All-Stars?

Of course this is just a pipe dream. Paul Kelly and the NHLPA would never approve this and I seriously doubt that the NHL or the KHL would be on board either.

Maybe someday, until then we will just have to settle for more 12-9 games of shiny.