Share All sharing options for: Aaron Ward: "I sucked" 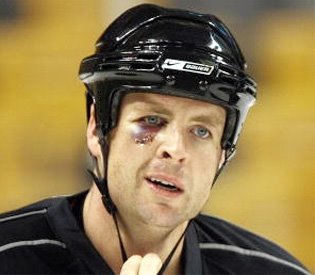 Aaron Ward was on Toucher & Rich on WBCN this afternoon, where he took full responsibility for his poor play on opening night against Colorado.

Ward finished the interview by commenting on the current stock market conditions: