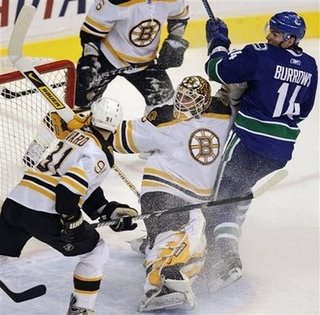 Tim Thomas and the Boston Bruins were able shutdown the Vancouver Canucks and escape GM Place with a 1-0 victory last night. Thomas turned aside 31 shots to earn his second shutout in as many nights. Michael Ryder registered his second tally of the year for the B's when he fired the eventual game winner past Roberto Luongo midway through the 1st period.

- It's like déjà vu all over again. The B's beat a Western Conference opponent on the road 1-0 while Tim Thomas earned the shutout.

- It looks like Tim Thomas has emerged as the #1 goaltender for the B's.

- It was good to see Michael Ryder find the back of the net. Maybe that will silence all the Ryder naysayers (read: The Jumbotron). 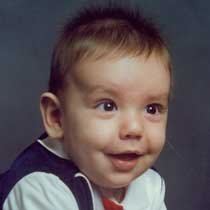 - Will the real Boston Bruins please stand up. Are they the type of team that is going put up 5 goals a game or they the team that will shut you down and beat you 1-0?