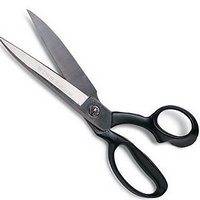 The Bruins need to make some roster moves in order to get below the cap figure and submit their roster to the NHL by 3 p.m. on Wednesday with the names of all players being waived needing to be submitted by noon today.

No official moves have been made yet, but Fluto Shinzawa is reporting that Peter Schaefer is not skating with the team today and has likely been placed on waivers. He is also reporting that Blake Wheeler will start the year in Boston.

It looks like Peter Chiarelli and the Bruins brass will use this morning's practice as a final opportunity to evaluate some of the bubble players before making a final decision. Moves will likely be made in the next hour. I will be scouring the web for updates and pass the news along to you if I hear anything.

UPDATE (1:07 PM): Your non-news news item of the day: Carl Soderberg (who didn't show up for camp) has been assigned to Malmo, his team in Sweden.

So far, no real surprises on cut day.