Vote or Go on Peacefully with Your Life

Share All sharing options for: Vote or Go on Peacefully with Your Life 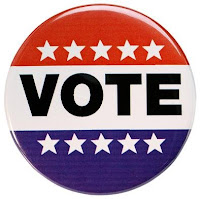 It's time to exercise your democratic rights. This is the most important vote you will ever cast. No, I am not talking about the upcoming 2008 Presidential election. I'm talking about Round 10 of Iron Ref. The posts are up at Hugging Harold Reynolds and you can vote by leaving a comment about your favorite entry. In a 291 word post, I was able to include references to NBA Jam, Joe DiMaggio, John Wooden, drunken college girls, beer pong, blackjack, John Stockton, Detlef Schrempf, Sir Isaac Newton, the soiled underwear of a Baseball Hall of Famer, and glow pucks (plus a YouTube video of some moron trying to dunk a flaming basketball). If that isn't worthy of your vote, I don't know what is. I am asking for your support by voting for my submission or if you are feeling really ambitious you can help spread the word about my quest for blogging glory like Hub Hockey has done. Don't be like Sean P. Diddy Diddy Puffy Honey Combs Puffed Wheat or whatever he is calling himself these days and say you are going to vote and then not bother to. Vote for Stanley Cup of Chowder for a better blogosphere and a better tomorrow. Thank you for your support.