B's to Face Off vs. NHL's Best AHL Team for Matinee Matchup

Share All sharing options for: B's to Face Off vs. NHL's Best AHL Team for Matinee Matchup 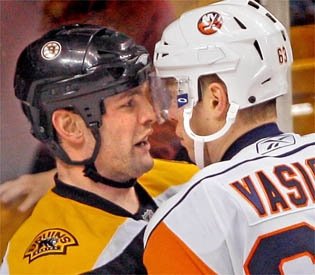 The Bruins will play host to the Bridgeport Sound Tigers New York Islanders at the TD Banknorth Garden for the Bruins annual day after Thanksgiving matinee (12:00). Both teams are looking to avoid two game losing streaks. The Bruins will look to get back on track after dropping a 3-2 decision to the Buffalo Sabres on Wednesday night. The Islanders jumped out to a 3-0 lead on Wednesday night against the Penguins before giving up 5 unanswered goals. After going 2-6-1 in the month of October, the Isles rebounded in November, going 7-5-1.

Things to Look For:

- Today was no holiday for the B's. The team skated this morning in preparation for tomorrow's game. Most of the team is Canadian anyways, so they already had their Thanksgiving. 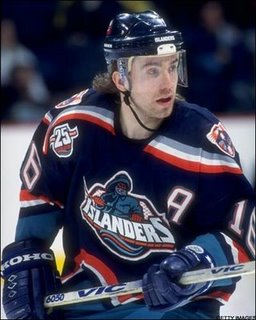 - The B's should look to jump out to an early lead. The Isles have a .182 win percentage when trailling first.