Share All sharing options for: What Really Grinds My Gears: Sports Fan Edition 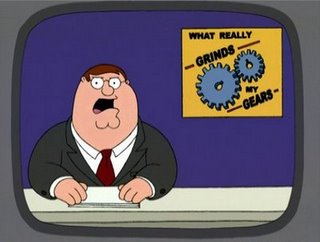 The Bruins are off until Thursday night when they pay a visit to the Tampa Bay Lightning. With not much going on with the B's, I thought I would take this opportunity to go on a Peter Griffin style rant.

You know what really grinds my gears? 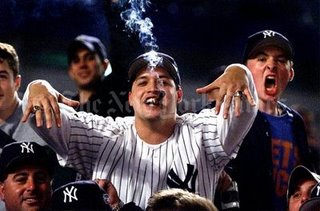 People that drop the "s" and say "Yankee game" instead of "Yankees game"
This practice seems to be an epidemic among New York sports fans. It can usually be heard uttered by douchebags sporting A-Rod jerseys and blowout haircuts. "My buddy scored us tickets to the Yankee game." Really? Is Derek Jeter playing all 9 positions? 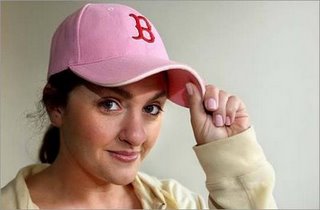 People who refer their favorite team as "we"
I know I have mentioned this before. I don't know why it pisses me off so much, but it does. It is one of my biggest pet peeves. You are not on the roster! You have absolutely zero athletic ability! You contributed nothing to the team's win! These people usually cannot name more than 2 or 3 players on their favorite team. You can usually identify these people by their pink hats. 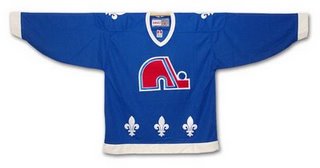 Obscure Retro Jersey Guy
This guy wears the throwback jersey of a team that isn't even playing just get the attention he so desperately craves. All he wants is for you to give him a "Hey man, nice jersey!" and for someone to post his picture on Straight Cash Homey. 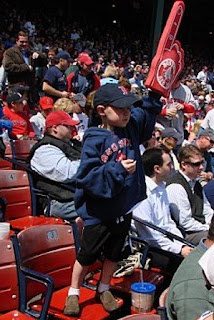 The guy that buys his kid a foam finger before the game starts
Thanks buddy, I really appreciate it. Now I get to watch the entire game with your little shit machine waving a giant foam bear claw three inches in front of my face. 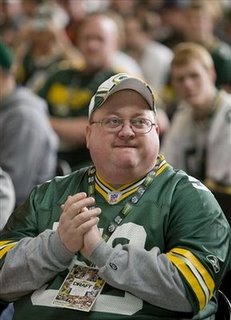 The overly friendly fan
This creature is somewhat rare in the Northeast, but somehow you almost always seem to get stuck sitting next to him. He is a 15-year season ticket holder (which he has mentioned 18 times in the first period) and religiously attends every game by himself. He loves to analyze the play of the 4th line with anyone who will listen and he feels the need to speculate about possible trade scenarios (which he has already checked to make sure they work with the salary cap). The Midwest is infested with this type of fan.