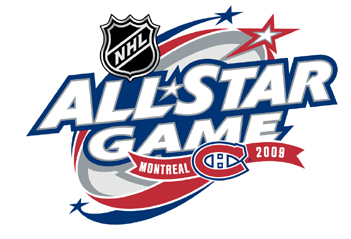 The NHL's brightest stars (and a few scrubs that were voted in by Québécois robots) will gather in Montreal this weekend for the 2009 NHL All-Star Weekend. Between the skills competition, sponsor events, press conferences, and trips to full-contact strip clubs, the NHL's All-Stars will find time to play a game of pond hockey on a network that most cable subscribers don't even know they have.

I thought it would be fun to make a few predictions for this weekend. Let's start with the Honda/NHL SuperSkills Competition.

Versus will choose not to put a mic on an often injured, foul-mouthed goalie this year.

Upper Deck NHL YoungStars Game: Rookies win the game & Steven Stamkos takes advantage of all the open ice and earns the MVP (if there is an MVP)

This game will feature 17 goals and less body contact than a date with one of the Duggar girls.

Winner: Does anyone really care?

*Not sure if an MVP will be awarded this year. Some years they have named an MVP and others they haven't.

The winner gets the distinct honor of having their name appear in a post!