Share All sharing options for: Hell Week continues tonight with the Devils 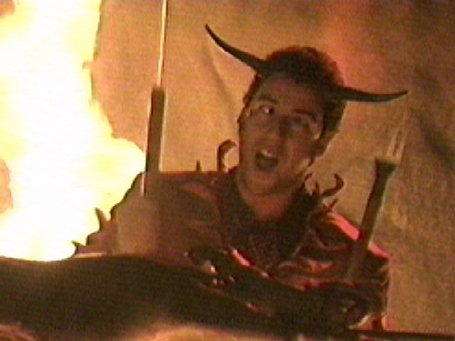 The Bruins will continue to make their way through the gauntlet of the top teams in Eastern Conference tonight when they host the New Jersey Devils at the TD Banknorth Garden. The B's and Devils have met once this season: a hard fought 2-0 victory for the Bruins on December 23rd in Newark that saw Tim Thomas record his thrid shutout of the season. The Bruins enter tonight's game with two straight wins after downing the Washington Capitals 3-2 in overtime on Tuesday, while the Devils are currently riding a season-high 6 game winning streak.

- Phil Kessel has been cleared to play and will return to the lineup tonight.

- Tim Thomas will get the start tonight.

- Michael Ryder is also expected to play after missing Tuesday's game due to illness.

- I don't think many people thought that the New Jersey Devils would be this good after Martin Brodeur went down with an injury, but Scott Clemmensen and Kevin Weekes have stepped up and been solid for the Devils between the pipes.

- Former BU Terrier and Winchester, MA native, Jay Pandolfo will likely be a healthy scratch tonight for the Devils. This will be the fourth straight game that Pandolfo has watched from the press box after being bumped from the lineup with the addition of Brendan Shanahan.

- I would expected another low scoring game between these two teams. Both teams are in the top 5 in the league in goals against. The Bruins give up a league-best 2.15 goals per game, while the Devils are 5th in the NHL in the category with a GAA of 2.44.

- For more on the Devils from the Garden State, check out In Lou We Trust

Public Skate starts at 6:00 ET: Stop by and join the open thread to discuss the game with other B's fans.

What would a Devils game preview be without this classic?: