Share All sharing options for: Bruins' scoring punch is back, beat Sabres 4-2 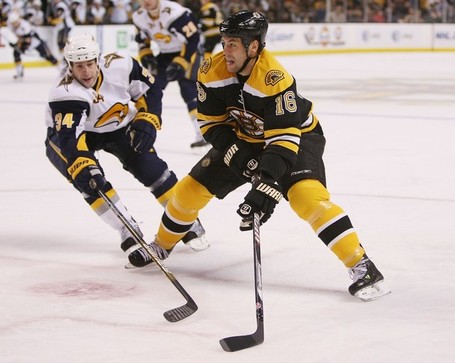 Before we get too excited about last night's 4-2 win over the Buffalo Sabres, let's not forget that the Bruins were facing a goaltender who was making his NHL debut and had almost a 4 GAA at the AHL level. That being siad, it was great to see that the Bruins do have the ability to put the puck in the back of the net and that they can be productive on the power play (2 for 2).

Derek Roy and Jason Pominville were the goal scorers for the visiting Sabres.

Tuukka Rask made 28 saves in the win.