B's have a date with the Devils

Share All sharing options for: B's have a date with the Devils 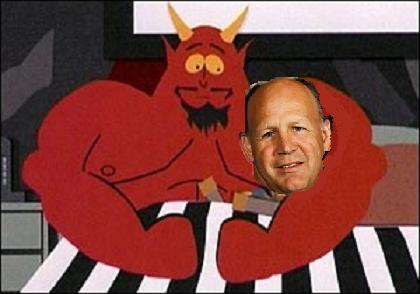 The Bruins are in The Brick City tonight to take on the New Jersey Devils at the Prudential Center. The B's will look to end a two game skid (0-1-1) after losing to the San Jose Sharks on Tuesday night. The Devils enter tonight's game looking for their third straight win after beating both their New York area rivals this week. The last time these two teams met was back on January 29th when the Bruins fell to the Devils 4-3 in overtime.

- Tim Thomas was the first goalie off the ice for the B's and will likely get the start in goal.

- Claude Julien tinkered with the power play units the other day in practice in response to the Bruins recent woes with the man advantage. In practice, Patrice Bergeron was taken off the point of the first unit and put down low on the second unit. Stephane Yelle will likely see some power play time as well. The first unit now consists of Savard, Kessel, and Yelle with Ward and Chara as the pointmen. The second unit will have Bergeron, Krejci, and Lucic with Ference and Wideman at the points.

- Here are what the lines looked like the other day in practice:

- The B's will need to take care of the puck in their own end against the Devils agressive forecheck and trap game.

- The Star Ledger is reporting that Jay Pandolfo will be a healthy scratch tonight and Scott Clemmensen will get the start in goal tonight of the Devils.

- For more on the Devils, check out In Lou We Trust

Usually, I try to find an embarrassing YouTube video of the opposing team's fans and rip on them, but today I decided I would be nice. I mean, isn't living in New Jersey punishment enough? Instead, I found a funny "This is SportsCenter" spot featuring the New Jersey Devils mascot.