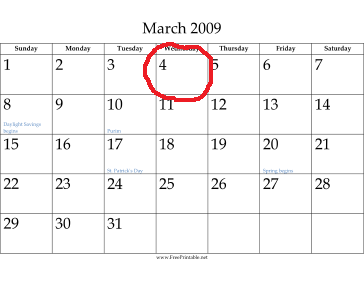 Hockey journalist James Murphy answered a few questions about what Peter Chiarelli and the Bruins might do as we get closer to the trade deadline.

Stanley Cup of Chowder: Do the Bruins need to add someone at the deadline to make a serious run at The Cup?

James Murphy: Yes I do. Due to the salary cap, and numerous contracts expiring this summer (Tim Thomas, Phil Kessel and David Krejci to name a few), they may not have this chance again next season or ever. If you can add the final pieces, go for it!

Do you think the Bruins will make a move at the deadline or stand pat?

I think the Bruins will make a deal and maybe even before the deadline.

What do you think they need more: a winger to fill the void left by Sturm or a defenseman?

Tough question, can I say both? If I have to choose though, I'll say the winger. They have had trouble scoring lately and need proven depth up front, not just the Providence pipeline!

Do you think that the Bruins could realistically bring in Chris Pronger without dismantling the current roster or is that just a KPD pipe dream?

Not without dismantling the current roster, but slightly tweaking it yes. Maybe Matt Hunwick and Chuck Kobasew, plus prospects and first and second round picks.

Who would you rather see in Black & Gold: Erik Cole or Nik Antropov?

Erik Cole. What exactly has Antropov achieved besides wasting space on the Leafs lineup? Give me another cup ring on this team!

I heard you mention Brendan Witt's name last week on SportsDesk, do you think he would help the B's?

Yes, but at a minimal price. The defense can always use some size and grit.

Are there any puck-moving defensemen out there that the Bruins could get without trading away too much of the current roster?

Based on what the Habs paid for Schneider yes, but that was still a high price. Still Jordan Leopold or Derek Morris would look nice on their blue line.

There has been a lot of trade talk surrounding Manny Fernandez despite his $4.33 cap hit, expiring contract, and injury concerns. Do you think that there will be a market for Fernandez at the deadline? Would the Bruins move him to bring in the right player?

Yes and yes. But that market won't be there until right near or at the deadline because the Bruins won't trade him to an East team, and the West is too wide-open still.

Other than Tuukka Rask, the rest of the prospects seem to be in play. Which prospect do you think is the Bruins biggest bargaining chip at the deadline?

Four Bruins scouts were spotted at the Colorado Avalanche-Minnesota Wild game the other night. Who do you think the B's have their eyes on? I have heard Jordan Leopold or John-Michael Liles. Which one of these guys do you think would help the Bruins more?

Thanks for taking the time to answer my questions. Now, we'll just have to wait and see what happens in the next couple weeks.

James Murphy has covered the Bruins and the NHL for the last seven seasons. He has written for the Hockey News and currently writes for NESN.com, NHL.com, Insidehockey.com, and the Boston Metro Web site, www.metrobostonnews.com. Murphy also hosts the "Inside Hockey Radio Show" every Saturday from 2-4 p.m. ET on "NHL Home Ice" XM 204 and Sirius 208, WBNW AM 1120 in Boston (Youcastr.com) and the Team 990 in Montreal (www.team990.com).