Share All sharing options for: Talkin' Trades: The Cold Hard Facts on Cole 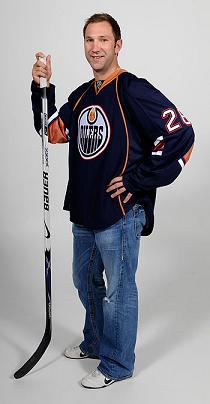 Winger with a left-handed shot ✓

It seems like Erik Cole's name has been bounced around in trade talk for months now. Last week there was a widely reported rumor that the Bruins were close to a deal with Edmonton to bring in Cole in exchange for a few prospects and maybe a draft pick. Cole will become an unrestricted free agent after this season when his $4 million/year contract runs out. The Oliers might try to get something in return for him at the trade deadline instead of letting him walk this summer, but I'm not certain that the Oilers will be sellers. Edmonton is currently in the 9th spot in the closely-contested Western Conference, only one point back of the #8 Minnesota Wild and only 5 points away from the 5th seed.

Cons
- Not the same player he was before neck injury
- At age 30, his career seems to be in the decline stage
- $4 million contract
- Might cost the Bruins some key prospects