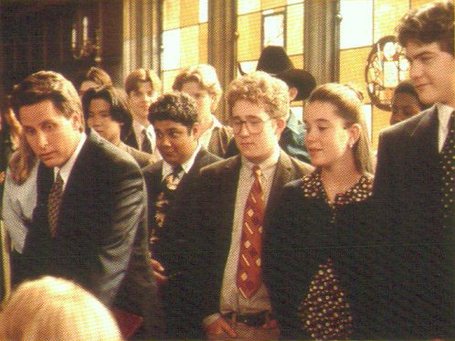 The Bruins will play host to The Hockey Team Formerly Known as The Mighty Ducks of Anaheim tonight at 7:00 at the TD Banknorth Garden. The B's will be looking carry the momentum from Tuesday night's 6-1 victory over the Panthers into tonight's game, while the Ducks have their eyes set on a third straight win that could vault them as many as four places in the extremely tight Western Conference standings.

Guys Who Like to Drop the Gloves
Really, everyone on the Ducks can fight. The Duck lead the NHL with 64 fighting majors and 15 different players dropping the gloves at least once this season.
George Parros 16 Fighting Majors
Steve Montador 11 Fighting Majors

Season Series
First and only meeting between the two teams

- Tim Thomas was the first goalie off the ice during the optional morning skate. He will likely be the starter tonight.

- This will be only the second time that Shawn Thornton has played his former team since joining the Bruins. I don't know about you, but I would like to see him throw down with George Parros.

- B's fans will get a closer look at Chris Pronger, a name that has reappeared in Bruins trade rumors.

- Anaheim's PK has struggled lately. They have only killed 70% of penalties over the last 5 games.

-For more on the Ducks, check out Battle of California

BREAKING NEWS: The Ducks have traded Chris Kunitz and Eric Tangradi to the Pittsbugh Penguins for Ryan Whitney. No word on whether or not the former BU blueliner will be in uniform tonight for the Ducks.

What would a Duck game preview be without this classic?: