A new perspective for Ryder & Kessel

Share All sharing options for: A new perspective for Ryder & Kessel 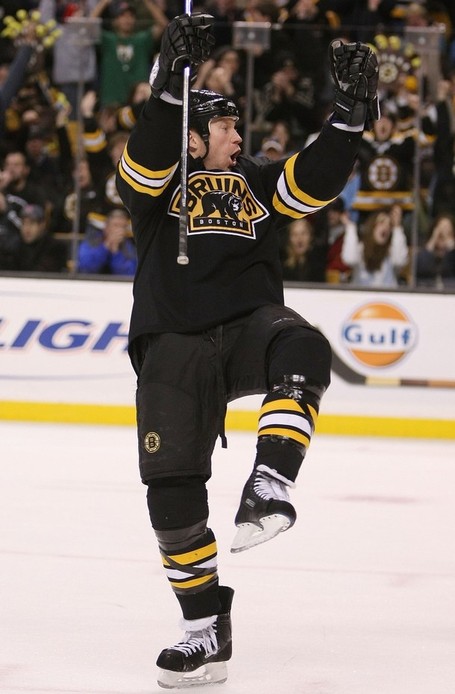 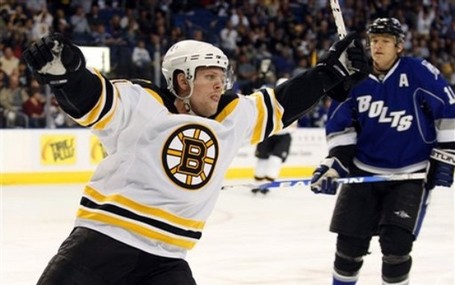 Michael Ryder and Phil Kessel will have a much different perspective for this year's first round playoff series than they did during last year's 7-game roller coaster ride between the B's and Habs. Both players watched parts of last year's series from the press box as healthy scratches. While most players will tell you that you don't learn much from being a healthy scratch, I think that being banished to the press box during the playoffs served as motivation for both players. Although they will probably never admit it, being benched during that series proved to be a major turning point in both players' NHL careers.

The 2007-2008 season was a very trying year for Michael Ryder. The then-Montreal Canadien entered the season with high expectations after back-to-back 30 goal seasons. Michael Ryder quickly saw his ice time and role diminish as the season progressed. Come playoff time, Ryder had found a permanent place in Guy Carbonneau's dog house after a disappointing regular season that saw Ryder score just 14 goals. Ryder was a spectator for 3 out of the 7 games during the series against Boston and went pointless in the 4 games he did play. Seemingly in desperate need of new surroundings, Michael Ryder signed a 3 year deal in the off-season with Boston worth $4 million per year. The move reunited Ryder with Claude Julien, the man who had coached him at the junior, AHL, and NHL levels. Julien seems to know how to motivate Michael Ryder and get the most out of his game. Despite being under the guidance of his longtime coach, Ryder got off to slow start offensively this season, scoring only 2 goals in his first 17 games wearing black & gold. About a month into the season Julien shuffled lines and placed Ryder on a line with rookie Blake Wheeler and second-year centerman David Krejci. Around this time, Ryder started to find his scoring touch again and quickly became a major contributor to the Bruins' potent offense. The 29 year old winger from Newfoundland has far exceeded the expectations of most B's fans this season. His strong play in all three zones this season has proved that he is more than just a goal scorer. Despite his slow start and missing 8 games (7 games with a facial fracture and a game due to illness), Ryder finished the regular season with 27 goals. Ryder has proven to be a very important part of this team. In the 8 games that Ryder missed this season, the Bruins went just 2-4-2.

Many had labeled Phil Kessel as a one dimensional, inconsistent performer. These aren't exactly adjectives you would use to describe the type of player who strives in a playoff atmosphere. Claude Julien seemed to have shared that same thinking and decided to sit the young forward for the first 3 games of the Bruins' first round series against the Canadiens last spring. After watching the first 3 games from the 9th floor, Kessel was back on the ice for the final 4 games of the series. Kessel looked like a new man when he returned to the ice, recording 4 points (3-1-4) in 4 games including a highlight reel goal in Game 6. Kessel picked up right where he left off this season and parlayed his performance in the playoffs into a career year. Despite missing 12 games including a mid-season bout with the dreaded kissing disease, Kessel led the Bruins in goals with 36 tallies on the year. Kessel has become more of a complete player this season and improved his play in his own zone. Phil Kessel will become a restricted free agent  on July 1st  and is in line for a big pay day. Whether that pay day is courtesy of the Bruins or another team remains to be seen.

I think it is safe to say that Kessel and Ryder will not be watching any of this year's first round series from the press box as healthy scratches. What a difference a year makes.