I need to find a bandwagon to hitch a ride with

Share All sharing options for: I need to find a bandwagon to hitch a ride with 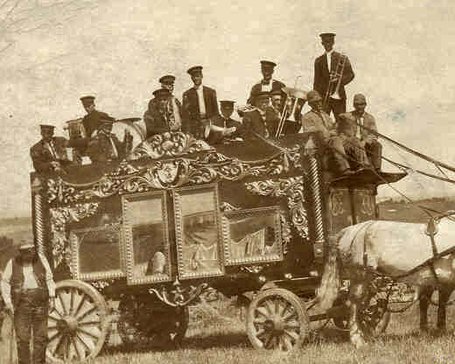 The B's were sent packing last night by the Carolina Hurricanes in the most excruciating way possible, so now I am left without a rooting interest in the NHL playoffs. If you have ever taken a look at Nielsen Ratings for the Boston market, you know that most Boston sports fans could care less unless their team is in it. I have always been one of those fans. Unless a team from New England is involved or I have some sort of vested interest, I could care less. This year, I am going to try my hardest to stay interested in the playoffs now that my B's are booking tee times. So, I thought I would breakdown the four teams left and see what team deserves my half-hearted support.

We'll start in the East with the Carolina Hurricanes while the wounds are still fresh.

I can't muster up too many positive feelings for the Hurricanes after this series. It is safe to say that Scott Walker has a new middle name in Boston. The Canes won the Cup in '06. The "Caniacs" don't deserve to be spoiled with 2 Cups in 4 seasons after only 11 years of existence. They need to suffer a little bit first. Trust me, it makes victory that much sweeter. Sorry "goobers", I'm not drinking the Canes' sweet tea this year.

I have a hard time rooting for Sidney Crosby and the Pittsburgh Penguins. Has there ever been a more unlikeable superstar in the history of the National Hockey League? Can you really trust a captain that can't even grow a playoff beard? Their fans aren't smart enough to figure out that the road team wears white now. Their owner is a manipulative bastard who played everyone (including his own fans) for fools in order to get an arena deal. A lot of people have been saying some pretty nasty things about Western Pennsylvania and I couldn't agree more. Sorry Pens fans, there is only one team that wears black & gold that I root for.

I have a lot of respect for the dynasty that the Red Wings have built in Detroit, but I'm tired of seeing players take a hometown discount to play for the Wings. They must be a great organization to play for because nobody wants to live in Detroit. I mean really, have you ever been to Detroit? Sorry Wings fans, it's you against the world.

An Original 6 team that was owned by one of the worst owners in sports that hasn't won a Cup in close to 50 years. Where have I heard this story before? It sounds so familiar, but I can't quite place where I have heard it before. The Hawks have a good mix of talented young forwards and guys with a bruising physical presence. I think I have found my team (at least until I inevitably lose interest a few games from now). Good news, you can even watch them on TV this year!