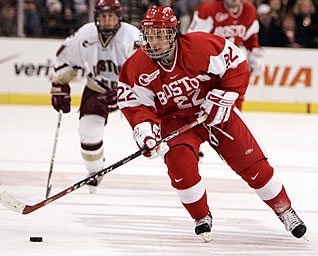 Providence released Dan Ryder (brother of Michael Ryder) from his professional tryout contract to free up space on the roster for Lawrence.

The Providence Bruins are in action tonight against the Hershey Bears in Game 3 of the AHL Eastern Conference Finals at the Dunkin' Donuts Center in Providence, RI. There is no word on whether or not Lawrence will dress for tonight's game.