Ken Hodge to be honored by Sports Museum

Share All sharing options for: Ken Hodge to be honored by Sports Museum 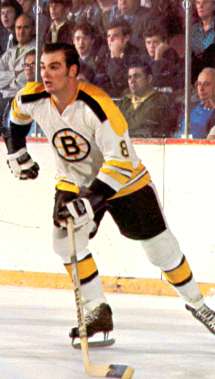 The Sports Museum will honor Ken Hodge at The 8th Annual Tradition on June 24th at the TD Banknorth Garden. Hodge spent parts of 14 seasons in the NHL, including 9 seasons with the Bruins. In 881 career regular season games, Hodge totaled 800 points (328-472-800). He eclipsed the 100 point mark in two different seasons by recording 105 points in '70-'71 and '73-'74. Hodge was involved in two of the biggest trades in Bruins history. He made his way to Boston via the trade that sent Phil Esposito to the Bruins in 1967. His departure from Boston signaled the arrival of Rick Middleton when the Bruins and Rangers made a trade on May 26, 1976.