Share All sharing options for: Stanley Cup of Chowder turns 1 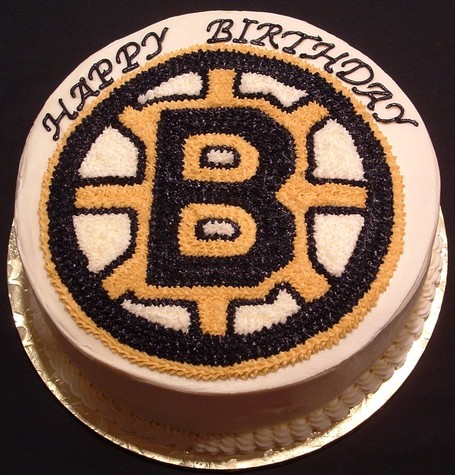 Stanley Cup of Chowder celebrated its one year anniversary on May 29th. When I first started this site, I didn't really know what my plan was going to be. All I knew was that I had just finished up with grad school and I had no real job prospects and I had a lot of time on my hands. So, I just started writing about sports. At first, I was writing about all sports. During the summer, I wrote about everything from reasons to hate different AL baseball teams to funny Olympic names. Hell, I even live blogged about racewalking at 2:00 in the morning.

As it got closer to hockey season, I started to focus solely on the sport of hockey and the Boston Bruins (With a name like Stanley Cup of Chowder, it seemed like a natural fit). I quickly became known as one of the few Bruins blogs out there at the time. Sometime during the winter, I was contacted by James Mirtle and was asked to join SB Nation as their Bruins blog. When I first starting writing, I never thought that the site would take off like it has.

In addition to my loyal readers, there are a lot of people that I need to thank for the success of this blog: James Mirtle, James Murphy (especially for his help with trade deadline coverage), Greg Wyshynski from Yahoo's Sports Puck Daddy, the guys from Toucher & Rich, JP from Japers' Rink, New York Times Slap Shot Blog, the crew over at Mass Hysteria, Hugging Harold Reynolds, Deadspin, Chris from Hub Hockey, Cornelius from The Hockey Blog Adventure, James from Cycle Like the Sedins, Nick from Lynchy Right Now, Boston Sports Media Watch, The Program, Here Come the Bruins!, Loge 19, The Jumbotron (defunct), everyone from the SBN Hockey crew, all my firends who voted for me in meaningless blog contests and everyone else that has helped me along the way.

Highlights from the past year:

May 30, 2008 - First original post (In some ways things haven't changed much in a year. Sid the Kid still can't grow a proper playoff beard.)

July 21, 2008 - Post about Wrigley being chosen over Fenway for the 2009 Winter Classic is picked up by Yahoo! Sports Puck Daddy. This is the first time Stanley Cup of Chowder is recognized by a well-known website.

August 11, 2008 - Beijing Olympics 2008 All-Name Team post is written. Over the next few days, the post is picked up by Deadspin and talked about on the air during Toucher & Rich on WBCN 104.1 FM in Boston.

August 22, 2008 - I devise a lame plan to drive traffic to my site by seeing if I can draw more visitors than a WNBA game...and fail miserably. I am happy to report that since then I have had some days when traffic was more than the average attendance at a WNBA game. Watch out WNBA, I've got next!

November 24, 2008 - Aaron Ward gives Stanley Cup of Chowder his seal of approval during a radio interview with Toucher & Rich on WBCN.

February 25, 2009 - SB Nation forms a partnership with Yahoo! Sports and I inadvertly cause the further vandalism of Aaron Ward's wikipedia page by asking Fred Toucher from WBCN to ask Ward about the line on his wikipedia page about Ward popularizing the sports term "wham!"

February 28, 2009 - James Murphy breaks news of a rumor via Stanley Cup of Chowder that the Bruins and Ducks are working on a deal for Chris Pronger. The deal ends up falling through, but the report reaches all the way to GM Peter Chiarelli and was also reported in The LA Times.

April 16, 2009 - The New York Times asks me to participate in their Hockey Night in Blogdom series on their Slap Shot blog for the playoffs.

Throughout Playoffs - Stories from Stanley Cup of Chowder appear on NHL.com as part of SB Nation's content sharing agreement.

April 17, 2009 - Stanley Cup of Chowder gets exclusive interview with the guy that took Alex Kovalev's stick.

May 12, 2009 - Stanley Cup of Chowder is nominated for "Best Bruins Blog" at the New England Sports Blog Awards. The ceremony at McGreevy's coincides with Game 6 of the Bruins-Hurricanes series. The very deserving Hub Hockey takes home "Best Bruins Blog"