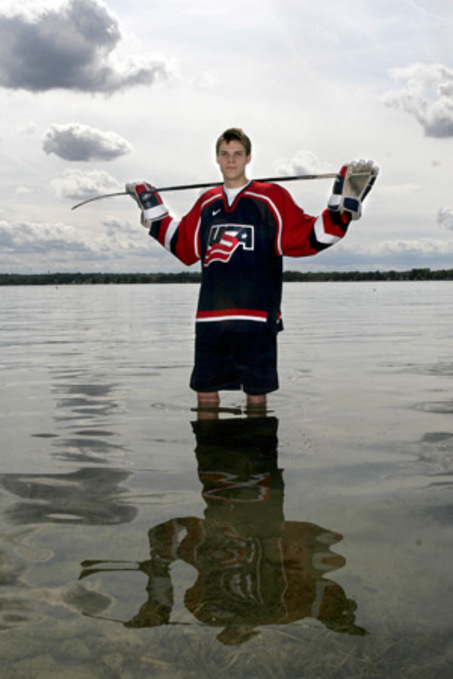 Jeremy Morin spent the past two seasons with the U.S. Development Program and is expected to play for the Kitchener Rangers (OHL) next season.

- One scout compared his passing ability to Adam Oates and Joe Juneau, but is far from a "pass first" player

- Considered one of the better offensive players in this year's draft

- Likes to shoot the puck

- Can play the point on the power play

- Been described as "fiercely competitive"

- Needs to work on his game in his own end of the rink, but he realizes this and seems willing to put in the work in to improve his defensive game.

- There were rumors that he struggled academically to stay eligible for the U.S. Development Program, which may be one of the reasons he chose major junior over college hockey.

- Has been labeled by some as a one-dimensional player, who at times coasts on the ice.

- He was suspended during the U-18 Five Nations Tournament when he and three other players reportedly brought girls back to their hotel room, which was a violation of team rules. He is a 17 year old kid. I can see where his head was at on this one. You can't really blame the kid. I haven't heard any other indication that he is a discipline problem.