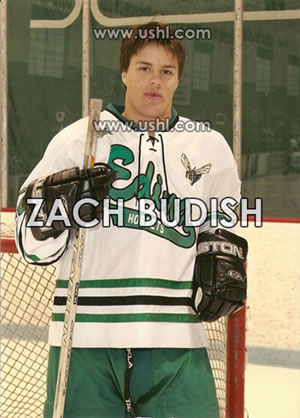 Zach Budish missed all of his senior season due to a torn ACL suffered during the high school football season. As a junior, Budish finished the year with 63 points in 30 games and looked poised to be named Minnesota's Mr. Hockey his senior year. Zach is committed to playing hockey at the University of Minnesota in the fall.

- Already has an NHL body

- Can play both center and wing

- His skating ability seems to be a concern, but nobody is expecting a kid his size to be lightning quick.

- He missed his entire senior season with a torn ACL, but according to doctors at the NHL combine, he appears to be fully healed.