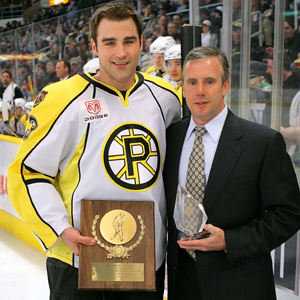 The Boston Globe is reporting that the Bruins have re-signed defenseman Johnny Boychuk to a one year contract. Boychuk appeared in one game for the Boston Bruins this season, but played well down in Providence. He was awarded the Eddie Shore Award as the AHL's top defenseman, while recording 66 points (20-46-66) in 78 AHL regular season games to go along with a +19 rating.