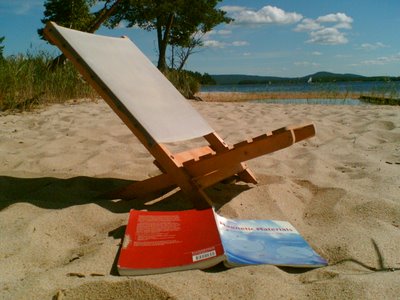 I'm not going to get all Oprah Book Club on you, but I thought I would share a few books on hockey that I have read over the past few years that I thought you might enjoy. Free feel to add some hockey books that you recommend in the comments section. The following books are Stanley Cup of Chowder approved:

The Code by Ross Bernstein

No other athletes police themselves as well as hockey players. If you watch hockey, you have probably heard about "The Code" or the unwritten rules of what is acceptable behavior on the ice...and the repercussions for those that don't follow "The Code". A lot of what is written about in this book is common knowledge to most hockey fans, but there are some interesting nuances to "The Code" that most fans wouldn't even think of. Bernstein was able to get some great quotes from some of the game's top enforcers to provide a first-hand perspective on what life is like for an NHL tough guy. He also touches on the continuing debate over whether not fighting has a place in the sport of hockey. It is a good read for anyone that wants to learn more about the game.

Methuen, MA native Jay Atkinson returned to Methuen High School to be an assistant coach for his old high school hockey team. Ice Time is Atkinson's account of the 1999-2000 season he spent behind the bench at Methuen High, but it is also a portrait of hockey in New England and family life in modern day America. Think of it as the hockey version of Friday Night Lights.

If you live in the Boston area or are a hockey fan, chances are you know Travis Roy's story. In fall of 1995, Travis arrived on campus at Boston University ready to fulfill his dream of being a divsion 1 college hockey player. Eleven seconds into his first shift for the Terriers, that dream became a nightmare. Roy missed a check and went into the boards awkwardly with his head down, which resulted in Travis being paralyzed from the neck down. Eleven Seconds isn't so much a book about hockey, but more about an inspirational young man and his lengthy recovery and will to continue to achieve his goals in life.

The Rebel League by Ed Willes

The Rebel League chronicles the story of the short-lived WHA. It reads a little bit like a research paper, but hardcore puckheads and hockey historians will find it interesting. Slap Shot fans will certainly recognize a few names, while Bruins fans will find the parts about Derek Sanderson interesting.

Jason Cohen spends a season following the Austin Ice Bats of the Central Hockey League as they travel by bus to play hockey in cities where most people think "hockey" is an Islamic terrorist group. Zamboni Rodeo shows what life in low-level minor league hockey is really like. This is a great read for any hockey fan.

In 1977, the great participatory journalist George Plimpton attended the Boston Bruins training camp as a goalie and appeared in a pre-season game. This books shows the behind the scenes team dynamics of the Bruins during that time and gives you a better aprecriation of just how talented NHL players are.