Tim Thomas is the Rodney Dangerfield of Hockey

Share All sharing options for: Tim Thomas is the Rodney Dangerfield of Hockey 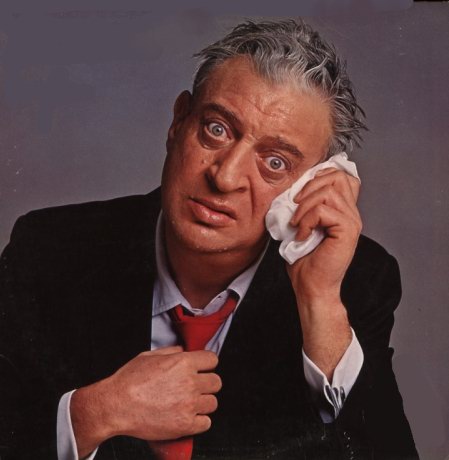 You would think that winning a pair of NHL awards for goaltending would help Tim Thomas finally get some respect around the league, but much like the late, great Rodney Dangerfield, Thomas "don't get no respect".

Thomas was on 98.5 The Sports Hub this morning talking to the guys on Toucher & Rich. Thomas was talking about how the NHL sent him miniature replicas of the Vezina Trophy and Jennings Trophy earlier this week. The only problem is the NHL sent Thomas a mini Jennings Trophy with Manny Fernandez's name engraved on it . There are no truths to the rumors that the trophy with Thomas' name on it is on sale on eBay by a seller named "TheMann35".