Bruins and Flyers meet in Round 2

Share All sharing options for: Bruins and Flyers meet in Round 2 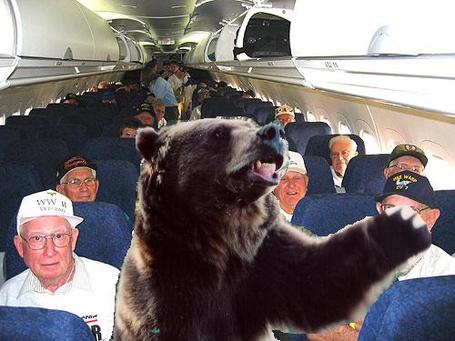 After upsetting the Buffalo Sabres in 6 games in round 1, the Bruins have advanced to the Eastern Conference Semifinals against the Philadelphia Flyers. The Flyers punched their ticket to round 2 with a surprise victory over Martin Brodeur and the New Jersey Devils in 5 games.

When the Bruins take the ice against the Flyers at TD Garden on Saturday afternoon (12:30, NBC), they will welcome back playmaker Marc Savard after missing almost two months with a grade-2 concussion courtesy of Matt Cooke. Savard was medically cleared to play earlier this week and is expected to be in the lineup for Game 1. He will likely skate on the third line flanked by Daniel Paille on the left wing and Michael Ryder on the right wing.

This isn't The Big Bad Bruins vs. The Broad Street Bullies, but both these teams can play a physical brand of hockey and recent history has shown that both times bring the grit when facing each other. I think we are in for a very physical series.

Bruins are 2-1-1 against the Flyers this year.

Out for the Series: Dennis Seidenberg (wrist)

Could Return Later in the Series: Mark Stuart (finger)

Marc Savard (concussion) will be back in the lineup for Game 1.

For the Bruins, Tuukka Rask has proven himself as a solid NHL goaltender. There is no doubt that Tuukka's time is now.

If (knock on wood) something were to happen to Rask, the Bruins have a capable back-up in Tim Thomas. If Boucher goes down, the Flyers would have to rely on Johan Backlund, who has 40 minutes on NHL experience.

Edge: Bruins...Boucher will come back down to earth

The Bruins struggled to find the back of the net most of the season, but looked better offensively against the Sabres in round 1 and the return of Marc Savard can't hurt. Meanwhile, the Flyers forwards are pretty banged up with Simon Gagne and Jeff Carter both on the shelf with injuries, but Claude Giroux has stepped for Philly in the playoffs potting 4 goals in 5 games.

Edge: Slight Edge to the Flyers

Both teams have been strong in their own end of the rink. Both teams have a legitimate superstar in Zdeno Chara and Chris Pronger with some solid role players to round out their defense corps. The Bruins are dealing with injuries to Dennis Seidenberg and Mark Stuart, but guys like Matt Hunwick, Johnny Boychuk, and Adam McQuaid have stepped up their games in the postseason.

The Bruins were a perfect 19 for 19 killing penalties in the first round.

Edge: Push on the PP, Bruins on the PK

Claude Julien has never taken a team past the second round. Peter Laviolette has won a Stanley Cup and Calder Cup.

Scott Hartnell: One of the most loathsome characters in the NHL

Daniel Carcillo: He punches hard, he's cocky, and looks like he could be Adam Morrison's stunt double.

Chris Pronger: He's big, he's strong, and he those 'bows.

Riley Cote: Cote has been a healthy scratch for every game, but if he does play, the Andre The Giant look-a-like could easily be a villain in this series.

Marc Savard: How will we respond after missing almost two months with a concussion?

Brian Boucher: Is he for real?

Tuukka Rask: Is Tuukka human or a robot built by Finnish scientists to stop rubber discs?

David Krejci: Can he continue his strong play from round 1?

Claude Giroux: Where the hell did his guy come from?

Peter Laviolette: Norwood, MA native who coached the Providence Bruins and was an assistant with the Boston Bruins.

Mark Recchi: Played parts of 10 seasons with the Flyers

- Marc Savard and Patrice Bergeron talk about concussions and Savvy's return in a piece from Joe Haggerty.

- Another reason to hate Brian Boucher: he was a Habs fan.