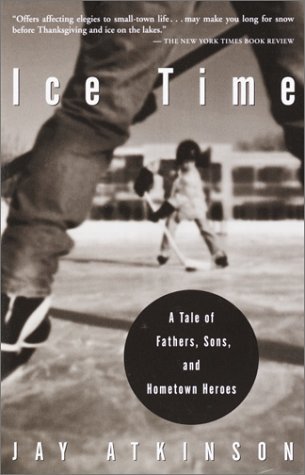 The Stanley Cup of Chowder Hockey Summer Reading series continues with our third author of the summer, Jay Atkinson. In Atkinson's Ice Time, the Methuen, MA native returns to his alma mater as an assistant hockey coach at Methuen High School. The book chronicles Atkinson's time behind the bench during the Methuen Rangers' 1999-2000 season. Ice Time gives the reader a glimpse into not only high school hockey in New England, but also modern day life in suburban America.

Was there any apprehension from the Methuen school system or parents about having you chronicle and publish the day-to-day events in the lives of their students/children?

None at all, really. I met with parents and coaches and school administrators the year before I tackled the book project and answered all their questions. I am a "Methuen guy" so it was no problem.

What was the biggest challenge for you writing this book?

Just trying to tell the kids’ story in an honest, direct, clear way. The same problem a writer has with any story worth telling.

You have written a few novels, but a lot of your work falls into the category of participatory journalism. Which do you find more rewarding: creating characters and the world they live in or accurately painting a picture and telling a compelling story about real-life subjects?

Not to sound too ‘literary’, but writing fiction helps me develop my powers of description and character development in my work as a journalist, and writing narrative nonfiction has improved my ability to create "realistic" fictional situations in novels and short stories. I think one aspect of the craft goes hand in hand with the other, at least for me and my work.

Did the players view you more as a coach, who was there to help them or a journalist, who was just looking for a story? Was it difficult to gain their trust?

I am a pretty straightforward guy, a "townie" in Methuen who has played and coached sports for a long time. That certainly helped. In the end, I became a sort of unofficial advisor to the lovesick goalie, fiery winger, injured star of the team, etc. I had a great rapport with the kids at Methuen High for whatever reason, and really enjoyed my year there.

You had Bill Reynolds and H.G. Bissinger blurb your book. Reynolds and Bissinger have written two of the definitive books about high sports from an insider's perspective in Fall River Dreams and Friday Night Lights respectively. Did you reach out to them for advice when you first started writing Ice Time? If so, what advice did they give you?

I have never met Mr. Bissinger or Mr. Reynolds, but was honored that they each spoke out on behalf of my work. They are both wonderful writers.

Do you still stay in touch with any of the players or coaches?

I see many of the players, now grown men and women, around Methuen and still coach in a participatory ice hockey program I started nine years ago called The Methuen Fun Hockey League. It’s aimed at lowering the cost and raising the enjoyment level for local youngsters who may have been priced out of hockey. We have served more than 350 kids ages 5-16 thus far. Several of the former MHS players and coaches, including Joe Harb, have stopped by the MHS rink to help out with the kids.

I thought it was funny that you referred to the Eagle-Tribune as the "USA Yesterday", yet they still gave you a positive review which can be found in the front section of the paperback edition of the book. I wonder if they really read the book or also found the humor in your quip. When you write a book like this, do you often get negative feedback from people (or in some cases, organizations) if they don't like the way they were portrayed in the book?

I know a lot of the reporters over at the Eagle Trib and they have a sense of humor over there. No harm, no foul. Most of the kids and their families, after reading the book, agreed that it was an honest portrayal of the kids’ year.

When you wrote the book, your son Liam was 5 years old and just starting to skate and get into hockey. Has he continued to play the game as he has gotten older?

Liam is sixteen now and plays recreationally. He’ll be an assistant coach in the Methuen Fun Hockey League this year, along with two pals he met through the great sport of hockey.

In the book, you talk about bringing your young son to a Bruins game. Like most B's fans, you are pretty critical of the Bruins organization and Jeremy Jacobs' opportunistic business practices (and the pro sports business model in general). It's about 10 years later and some would argue that the issues you discuss have only gotten worse. How do you view pro sports today? More specifically how do you view the Bruins organization?

I don’t really have an opinion on the Boston Bruins organization, other than to say I hope they win the Stanley Cup again in my lifetime. I’d like to see it, and I know my son and three hockey playing nephews would, too.

In Ice Time, you reference Jack Kerouac. You also wrote a book (Paradise Road) revisiting all the places that Kerouac travels to in On The Road. Has Kerouac's work been a major influence in your writing?

Kerouac was a Merrimack Valley guy, a high school and college athlete with a literary side to his personality, and the child of immigrants who gravitated to the mill cities of the northeast. I’ve always felt connected to him in those ways, and to his writing about the Valley as well.

I understand you recently got a new book deal to write a book about rugby. What is that book going to be like and when can we expect to see it in stores?

MEMOIRS OF A RUGBY-PLAYING MAN is my latest project, and I’m very excited about it. I have played rugby for thirty years, in the US, Canada and twelve other countries and have a ton of funny, poignant, memorable tales to tell. I hope to have the book done by winter and out from St. Martin’s Press by the time of the Rugby World Cup in fall 2011.

Other than the new book, what are you up to these days? Do you still live in Methuen? Are you still playing hockey?

I will publish a collection of short fiction, TAUVERNIER STREET, this November. Many of the stories take place in Methuen and Lawrence. I live in Methuen and will be teaching a full course load at Boston University this fall and writing the rugby book. Pretty busy. I still play rugby competitively, coach it at the college level, and play a ton of pond hockey with my son and his friends and my nephews. My brother’s family lives on a lake in New Hampshire and it's like heaven for pond hockey players. 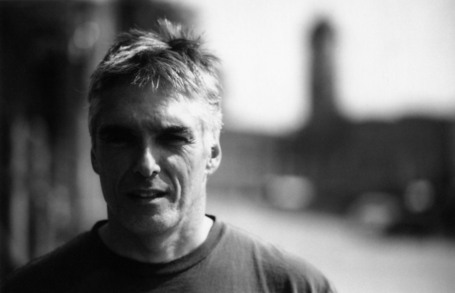 I owe a huge thanks to Jay Atkinson for taking the time out of his busy schedule to answer my questions. Be sure to pick up a copy of Ice Time and follow Jay on Twitter @atkinsonkerouac. For more on Jay's work check out http://jayatkinson.com/