Share All sharing options for: Bruins in Columbus looking to snap 4-game skid 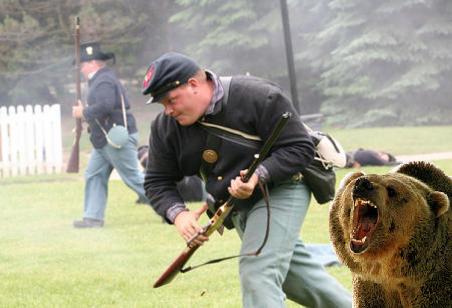 The Bruins will try to put the brakes on a 4-game skid (0-2-2) when they face-off against the Columbus Blue Jackets tonight at Nationwide Arena. At 32-27-9, the Blue Jackets find themselves 8 points outside of the playoff picture in the Western Conference with 14 games left on their schedule. The Jackets have won just 3 of their last 10 (3-4-3)  after snapping a 7-game losing streak (0-4-3) with a 3-2 win over the Carolina Hurricanes in Raleigh, NC on Saturday.

Rick Nash leads the Columbus Blue Jackets with 60 points (29-31-60), while R.J. Umberger is second to Nash in both goals (21) and points (50). A player that Bruins fans will want to keep an eye on tonight is Matt Calvert. The 21-year-old rookie left winger has notched 11 goals in 28 NHL games this season.

Andrew Murray and Anton Stralman are also out for Columbus with lower body injuries.

- Andrew Ference, Steven Kampfer, and Shane Hnidy all made the road trip with the team. Ference has said that he will not play in this evening's game, but Kampfer will likely return to the lineup tonight. Shane Hnidy has not been cleared for game action yet.

- This is the only meeting of the year between the Bruins and Blue Jackets.

- Columbus head coach Scott Arniel  has a few connections to the Bruins. Arniel played 29 games for the Bruins during the 1991-'92 season. He is also the uncle of Jamie Arniel.

- Defenseman Matt Bartkowski was sent back to Providence this week, which is a good sign that Steven Kampfer is probably healthy enough to return to game action.

- The Public Skate open thread starts at 6:30 PM ET. Let's get some of you lurkers who came out of the shadows to chime in tonight.

- For more on The Blue Jackets, head over to The Cannon