Weekend Links: Winnipeg Gets A Logo, A Sad Day In The Boogaard Family

Share All sharing options for: Weekend Links: Winnipeg Gets A Logo, A Sad Day In The Boogaard Family 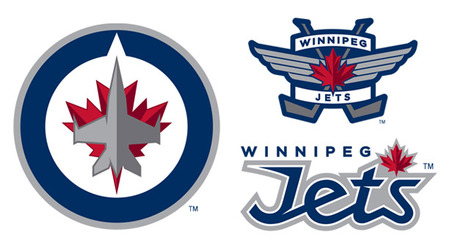 If you're reading this, it's safe to assume one of two things: you either (unlike me) have air conditioning, or (like me) can't find your way to the nearest pool.

It's a sweaty, sticky weekend in New England, for sure, but while the sun can warm our skin, nothing can warm our hearts like Winnipeg, which - because its PR team doesn't like fielding questions - unveiled its new logo and lettering Friday afternoon at 5 PM.

Of course, it elicited a bunch of negative reactions, mostly from people saying that it was too much like the Maple Leafs' logo, either in design or in unoriginal intent.

The PR staff in Winnipeg didn't care, though; they were already out golfing. Speaking of which, your weekend links, complete with a beer link to polish it off: