A few days ago, I came across a website that sold really cool art prints of famous sports plays in minimalist form. There weren't many hockey choices, so I decided to make my own.

Last week, Chowderhead Edward Cash posted a picture on Twitter that featured a famous NBA dunk in minimalist art form. The print was for sale at Jack Threads, and Ed wondered aloud why there weren't any Bruins versions. I decided to take up the challenge, made one, and it was well-received.

As it turns out, the prints are made by Prinstant Replays, a Nashville-based company that makes a ton of artwork like the one being sold on Jack Threads. P.R. only has one hockey-related print available (the 1980 Miracle on Ice), so I emailed one of their owners, Hunter, and asked if he'd mind if I made some hockey plays emulating his company's style. Hunter said it was cool, and that they plan on making more hockey plays this fall.

If you'd like to see a specific play made professionally (read: better than mine below), get in touch with Hunter. He seemed to be open to creating some hockey art if there's a demand for it. If you're a fan of other sports as well, be sure to visit their site. They've got some really cool designs available at fair prices.

Below are my designs, some famous Boston Bruins goals drawn up as minimalist-style artwork. 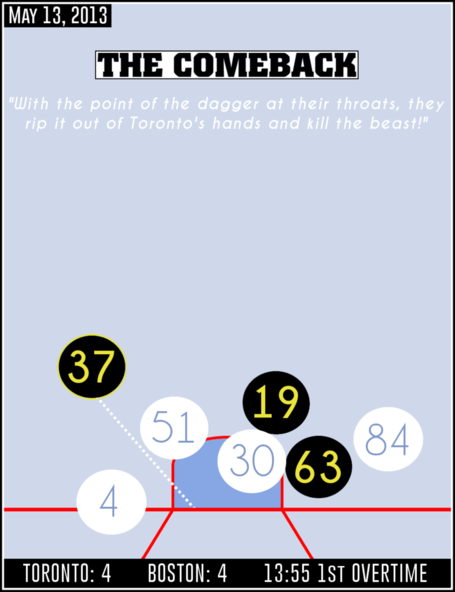 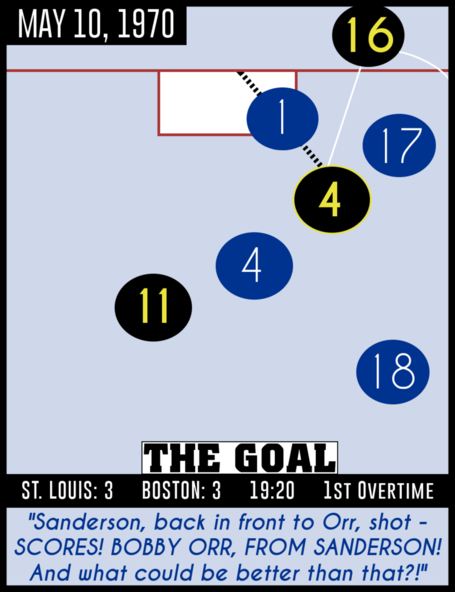 One of the most famous goals in hockey history. 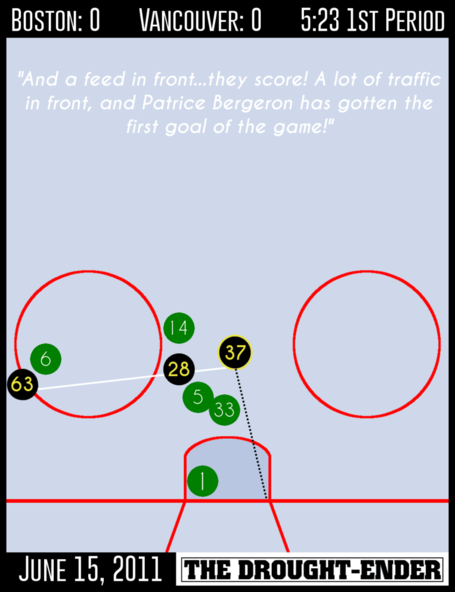 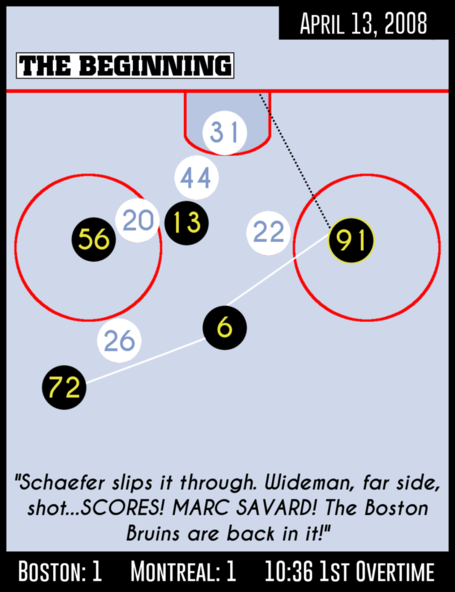 The Bruins get the monkey off their back, beating Montreal for the first time in a series that would change the course of the franchise. 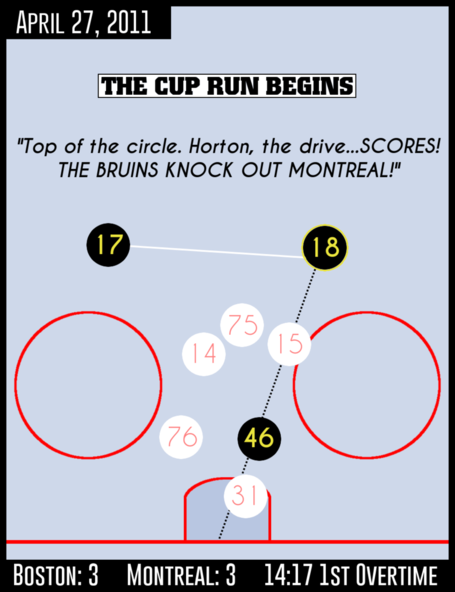 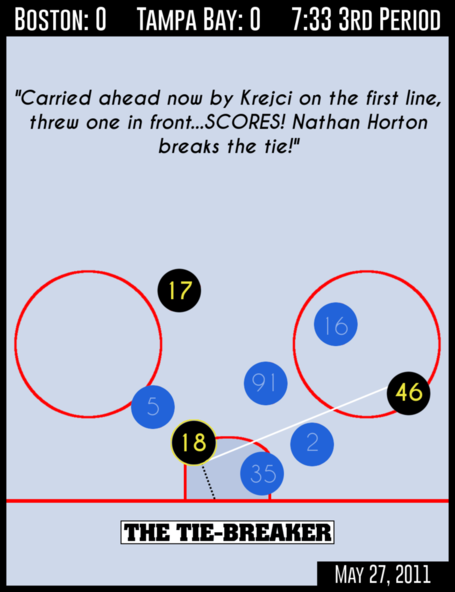 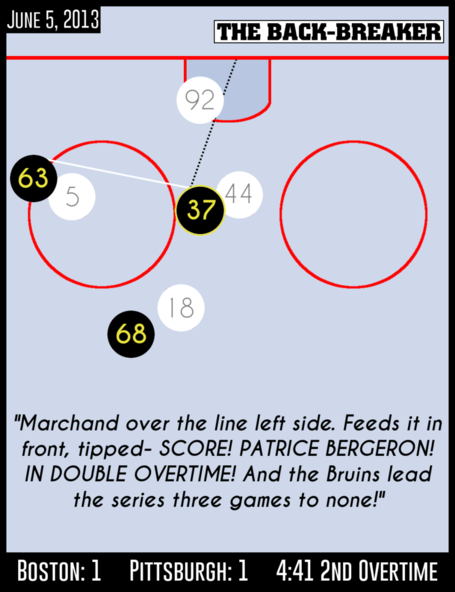 Patrice Bergeron puts a dagger in the Penguins. 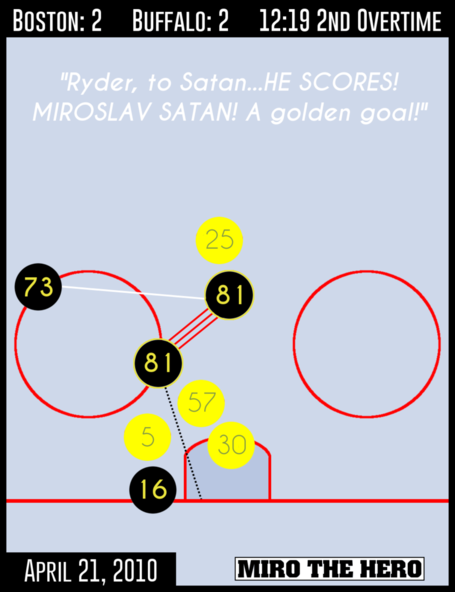 Miroslav Satan dances the night away.