With the Winter Games in Sochi just a few weeks away, we still haven't seen all of the participating countries' jerseys. However, a few more have been revealed since the last post. Here's a look at those.

Share All sharing options for: Sochi 2014: An Olympic jersey update

The last post on the various Sochi jerseys had each of the major countries covered, but still had a few nations missing. At the time of that post, Switzerland, Austria, Norway, Slovenia, and Latvia hadn't revealed anything about what kind of jerseys their players would be wearing on the Olympic ice sheets, much to the dismay of people who keep track of such things (me).

Since November, more details have trickled out, and two more jersey sets have been unveiled: Switzerland and Latvia. Also, Slovenia leaked one set of gloves and confirmed that the concept design that had been floating around wasn't the final product.

First, the Swiss. They unveiled their jerseys in a promo featuring two national team players. To the surprise of no one, the Swiss are sticking with their traditional colors: red and white.

Here are a few looks at the red jersey: 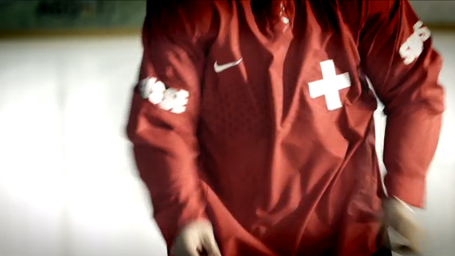 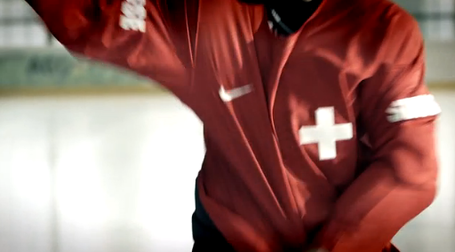 And here are some shots of the white: 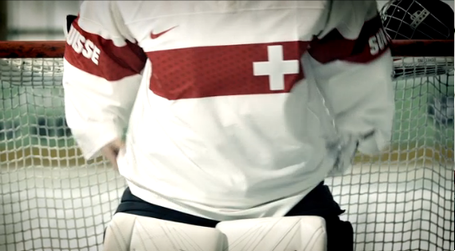 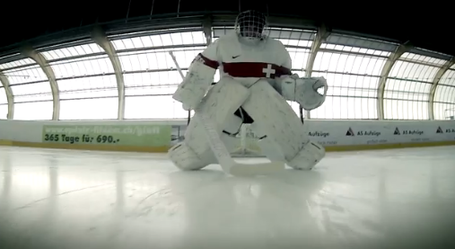 Based on those pictures, I did a quick recreation of what the full jersey will look like. 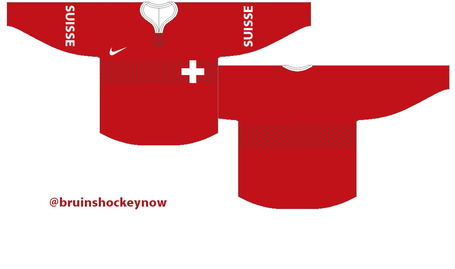 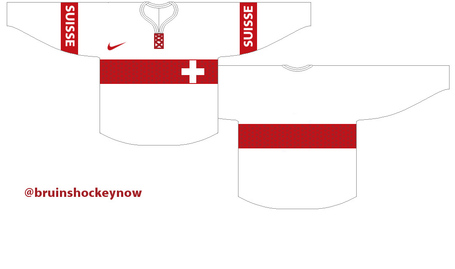 I made in error in my design for the white jersey, as Switzerland somehow managed to avoid garish red shiny laces. In fact, their jerseys feature very little in the way of shiny plastic. The small red dot-looking things across the chest are actually little crosses, a very nice detail.

Next up: Latvia, home of the legendary DaugMan.

The Latvians usually use a classic maroon and white color scheme, with their jerseys reminding me a little of those of Harvard University. They stuck with that this time around, but ended up with some shiny creatures on their shoulders. 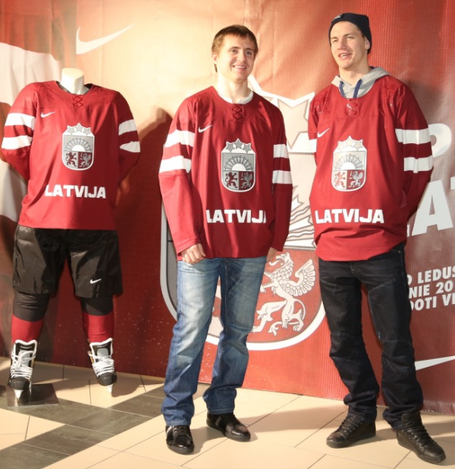 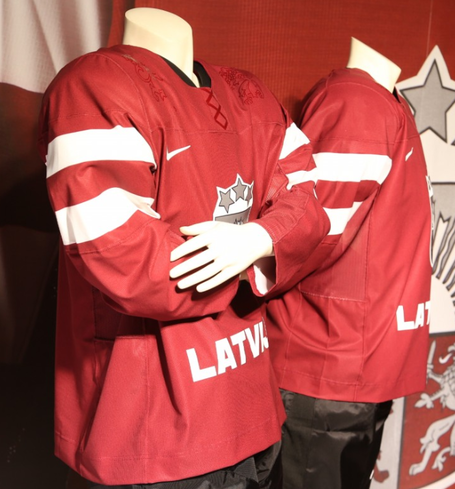 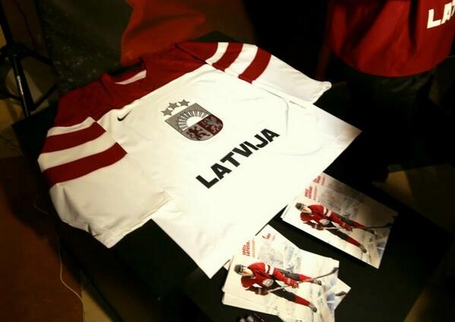 The Latvians did get a dose of shiny plastic, with the animal from their crest adorning the shoulders. All told, however, the jerseys are fantastic.

Finally, a little detail from the Slovenians, who will be making their first-ever Olympic hockey appearance. Nothing official has been released in the way of jerseys, but someone in a IIHF jersey group on Facebook got his hands on a picture of their gloves: 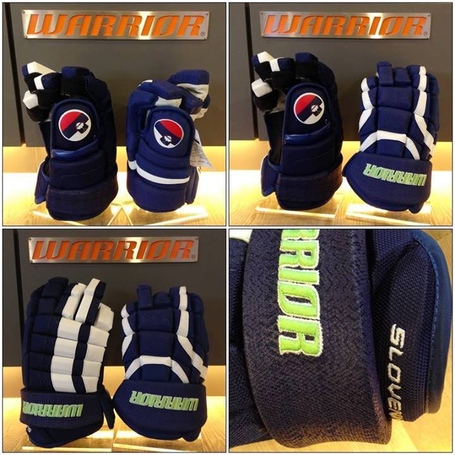 What does this tell us? Well, not much, aside from their color scheme. It appears the Slovenians will be using blue, white, red, and a touch of lime green in their jerseys (their soccer team uses lime green as well).

This concept design floated around shortly after Slovenia qualified for the games, and it looked pretty legit: 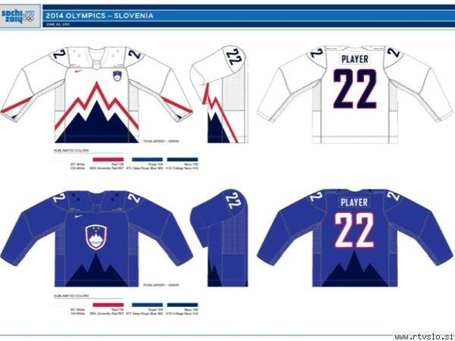 No dice, according to the Slovenians themselves:

As far as when they'll be unveiled:

So there you have it. Something tells me the jerseys will end up being very similar to the concept, just with some green thrown in and maybe a slightly different color scheme.

Overall, the sets of Switzerland and Latvia are both among the nicest seen so far. They've managed to keep Nike's annoying shiny stuff to a minimum (especially the Swiss), the colors are great, and the designs are simple.

With just a few weeks to go, the remaining jerseys should be revealed soon. Prepare your wallets.

If you have any information on/pictures of the unreleased jerseys, let me know on Twitter.