Because it's not just the Kessel trade. I mean, not only.

The ‘Original Six' franchises in the NHL -- however you might feel about that designation or it's relative importance in today's league -- have the burden of history in common. All six of those teams have played each other a ton of times, and have been doing so for almost a hundred years, now. While not every competition between these teams turns into the monumental (never to be duplicated or surpassed) love-to-hate fest that is the Bruins-Habs rivalry, the weight of all those games played, and the passions they ignited, still factors into how the teams see each other today.

Add to that more recent interactions -- whether it be playoff series, injuries to key players, or infamous trades -- and you've got yourself an opponent worth getting up for.

Tomorrow evening, Boston welcomes the return of one such opponent, one whose history (both olde timey and more recent) is tied to that of the Bruins: The Toronto Maple Leafs.

Tomorrow evening Boston welcomes the return of one such opponent, one whose history (both olde timey and more recent) is tied to that of the Bruins: The Toronto Maple Leafs.

Leafs history time! The franchise was founded in 1917, first under the name the Toronto Arenas, and eventually becoming known as the Toronto Saint Patrick's in 1919. It was under that moniker that the franchise first played the Boston Bruins on December 3, 1924. The St. Patrick's handled the Bruins easily, winning 5-2, because they were a team in the National Hockey League and every such team beat the crap about the Bruins that season. The two teams played six times over the course of the Bruins' first year in the league, and the St. Pat's won all six games, outscoring Boston 32 to 12. Strong work, Bruins.

That first year was not only characterised by playing (losing) games against Toronto, however: Charles Adams, Art Ross, and the whole Bruins gang also moved players and money between the two teams, perhaps most notably when defenseman Bill "Red" Stuart was traded for cash to the Bruins in December of 1926. 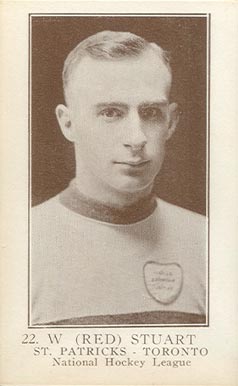 While Boston was finding its legs in the world of professional hockey, Toronto was having its own growing pains. After winning the cup in in 1922, ownership issues led to the sale of the team in the 1926-27 season, and on Valentine's Day, 1927 the team was rechristened the Toronto Maple Leafs (by Conn Smythe himself, natch). A weird twist of scheduling meant that the Bruins would not meet the renamed team for the balance of that season: the Bruins were on their way to a Stanley Cup Final appearance, while the St. Pat's/Leafs were busy missing the playoffs altogether.

It wouldn't be until November 22, 1927 that the Bruins would square off against the newly-named Maple Leafs, but if you were a fan of defensive hockey driven by good goaltending, it turned out to be a contest well-worth the wait. The Leafs were coming off a trouncing of the Chicago Blackhawks (ah, the good old days, when people actually won games against those dudes), while the Bruins brought with them an undefeated record, after tying the Hawks then beating the stuffing out of the Detroit Cougars a few days before. Playing In two different divisions that year, it was one of only four times the two teams would meet over the course of the regular season.

Boston was eager for it's first glimpse of the new look Toronto team, who brought with them Conn Smythe as coach, noted goal scorer Bill Carson, and solid goaltending in one John Ross Roach, "considered the best guardian of the net in the league." The Bruins, on the other hand, were starting their regulars of Eddie Shore and his crew ("the men are in good physical condition," the Globe was happy to report), and looking forward to a matchup against what was "apparently a strong combination" of players on Toronto's side.

What ensued was a defensive battle between two teams both unwilling to give the other much of a chance to shoot the puck. The shots on both sides were kept well to the outside, and the game remained frustratingly scoreless through the first two periods. There were posts aplenty, good goaltending at both ends of the ice, and a crowd at Boston Arena crying out for goals (the olde timey version of "shoooooooooooot," I imagine. Oh, hockey fans). The third period saw an uptick in frustration on both sides, and an increase in "heavy bodying, the Canadians being unable to cope with the Bruins in this department." Bruins defenseman Lionel Hitchman and Leafs winger George Patterson were both sent off for "rough work," and it was (your favorite random Bruin and mine) Sprague Cleghorn who was sent in to take Hitchman's place -- and take his place, he did, scoring the game's only tally with only 8 minutes left in the contest. 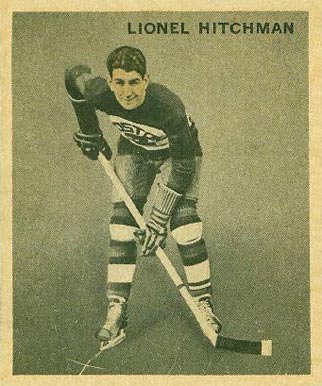 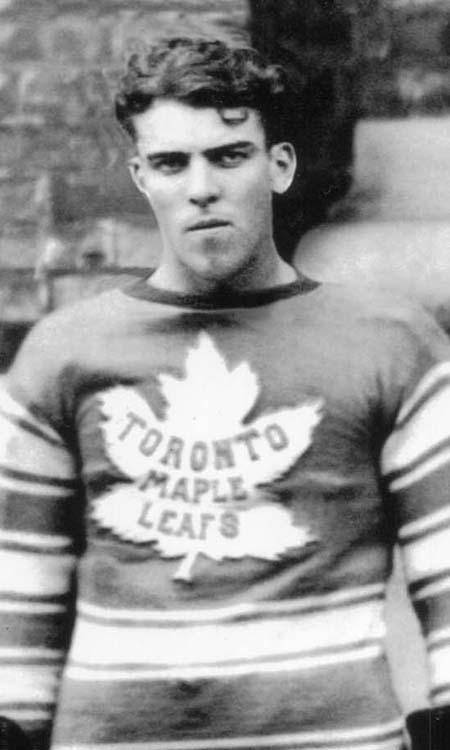 Historical Bruins win, 1-0, over the Maple Leafs! Whoo!! Sounds familiar, actually. Alas, it would be the only time that season, since the Bruins went 1-2-1 against the Leafs over the course of that year.

Since then, there have been thirteen total playoff matchups between the two, including one Stanley Cup final meeting in 1939. The teams have played each other 646 times. That's a lot of hockey, guys. The Bruins hold a small edge in wins (they've gone 285-255-98-8 in that time) and the goals scored by the two teams against each other is almost identical -- the Bruins have potted 1910, the Leafs, 1922. As we all know, Boston has had more success in recent years, but Leafs have had more historical triumphs, and this year very well might be marking the beginning of a return to form for a team that's gone quite a bit without a playoff appearance.

646 games -- tomorrow will make 647. There's a whole host of recent history that links the Bruins and Leafs (KesselSeguinHamiltonRask), but that is but the cherry on the sundae that is the lengthy and basically awesome history between Boston and Toronto. Bruins-Canadiens, it is not: steeped in history and frankly fun as hell, it surely is.

(Stick tap to @1967ers for sharing history nerdiness: check out this piece for more on early Leafs stuff, it's pretty effing cool!)