Get to know a Dumb Jerk Leaf: Leo Komarov

Share All sharing options for: Get to know a Dumb Jerk Leaf: Leo Komarov

Finnish Estonian Leo Komarov isn't the most-well-known name on the Leafs. He's no Phaneuf, Kessel, Kadri, or Reimer. But he is an important part of that team, or at least a regular roster player. Here's some info about the guy:

As you can see, he's a rookie. So maybe he gets sat for the playoffs. Who knows? Here's how he's gotten used by the Leafs. Bubble size is TOI/Game. This is as of April 9th, 2013. The other bubbles are all forwards: 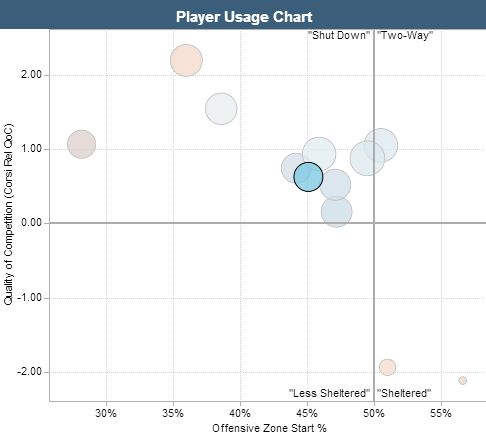 He's on twitter. He played for Dynamo Moscow during the lockout, and a bit for the Marlies as well. He's not all bad:

My thoughts and prayers are wit the people in Boston..#PrayForBoston

But by the same token, if he gets playing time we're going to hate the hell out of him.

The Bottom Line - In order to stop him, the Bruins will need to keep a cool head. Or at least the important ones will. Shawn Thornton might drop the gloves or something, I don't know. But we don't need Chara tracking him down and taking 17 minutes worth of penalties. That's too easy a trade for the Leafs to make. You know, like this:

And now you better know a Dumb Jerk Leaf!