Get to know a Dumb Jerk Leaf: Cody Franson

Share All sharing options for: Get to know a Dumb Jerk Leaf: Cody Franson

@predatweeter @jrlind @hbadventure i still say that if Cody Franson had a mean streak, he'd be a legend. but he doesn't so yeah.

Canadian Defenseman Cody Franson isn't the most-well-known Leafs defenseman in the world (that's Dion Phaneuf) but he certainly does score a lot. Here's some more info:

His 29 points are good for 6th in defenseman scoring. Sixth! So that's pretty high. Why is it so high? Well, for one he gets to play against easier competition, and in the offensive zone more often than most Leafs defensemen: 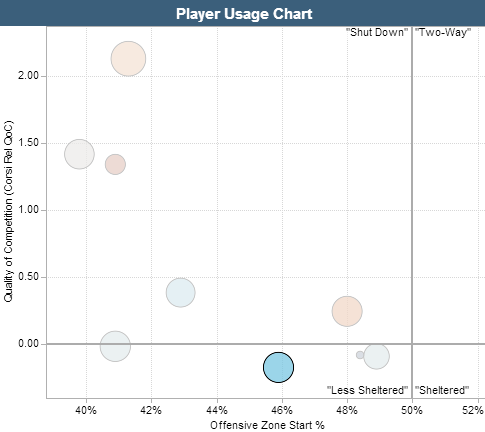 He's also playing a different role than he did in Nashville. The red dot is this year, but everyone in Toronto has a red dot this year. Notice he's facing tougher competition from more defensive zone starts than he has in the past: 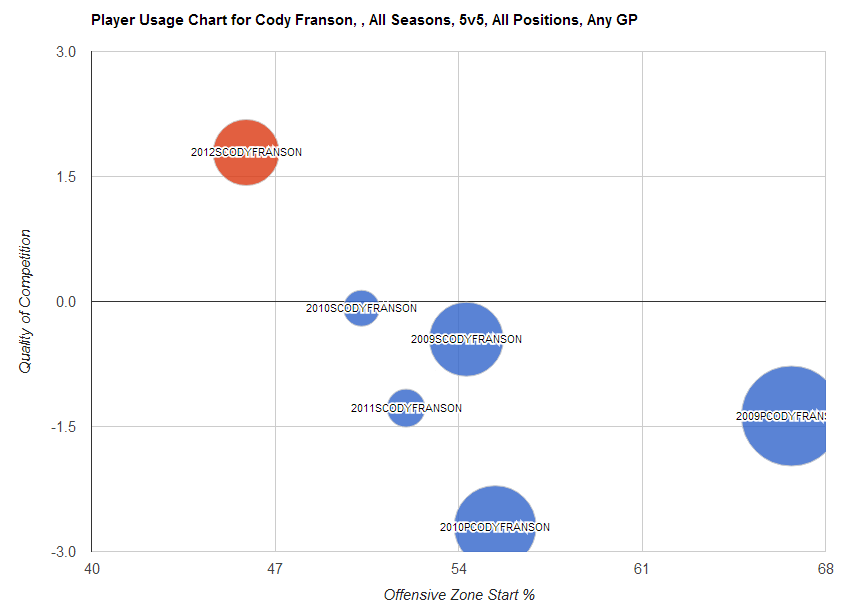 via Some Kind Of Ninja

But he's still managed to score in bunches. So, you know, there's that.

He's not on twitter so unfortunately we can't quote him here. Nor has he seemed to say anything interesting in a while. He was a hit with some people in Nashville and some in Toronto, but - as Ace mentions above - he's not a punishing physical defenseman so he skirts under the radar a bit. Considering he's sixth in the whole league in scoring though, the Bruins should certainly keep him on theirs!