Get to know a dumb jerk Leaf: Joffrey Lupul

Get to know Joffrey Lupul, a Leafs winger whose goal is always the same: scoring, on and off the ice.

Share All sharing options for: Get to know a dumb jerk Leaf: Joffrey Lupul

Today's focus is on Leafs left wing Joffrey Lupul, a talented scorer who is one of a few Maple Leafs who have significant playoff experience. If you're a hockey fan, you've probably heard of Lupul, who played (and played well) for Edmonton, Anaheim (twice), and Philadelphia before landing in Toronto.

If you're a female hockey fan and are on Twitter, you probably know Lupul as that guy who won't stop sending you direct messages seeking um..."pictures". For the love of God, just don't give anyone his email address, OK? 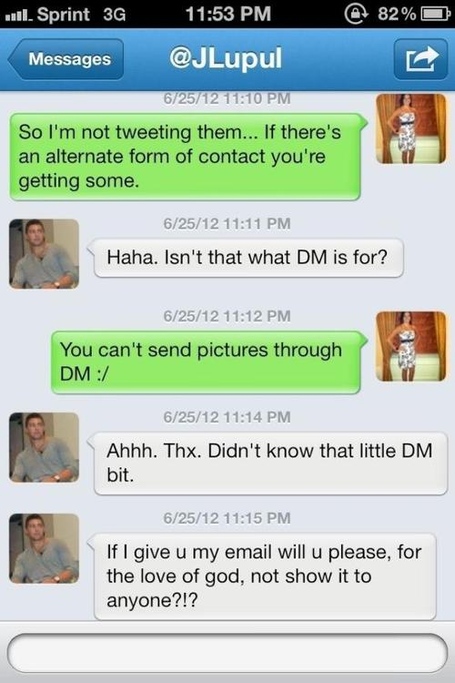 Lupul is a talented scorer, but has been plagued by injuries in recent years: spinal cord contusion, back surgery, a blood infection, a separated shoulder, a broken arm (thanks, Dion), and a...well, not a concussion, but his brain was swollen due to wearing a helmet, and it just bumped into his skull a little bit. Yeah, not a concussion.

Lupul missed five games after that April collision, but did play in the Leafs' last six games of this season, scoring in three of them. In the games he's played this year, Lupul has put up some pretty impressive numbers.

"18 points? Big deal!" Well yeah, but keep in mind that Lupul has only played in 16 games. He also has three power play goals and three game-winning goals this season. Durability/luck issues aside, that's an impressive pace, regardless of the sample size.

In his playoff career, Lupul has done pretty well: 39 games played, 14 goals and nine assists. He also has a flair for the dramatic: he scored four goals, including the overtime winner, in a playoff game with Anaheim back in 2006, and ended Washington's season in 2008 with an overtime goal in Game 7. 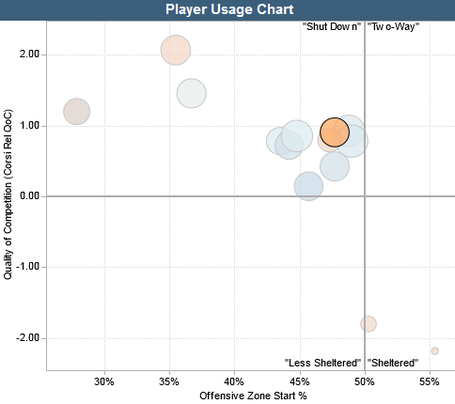 If someone can explain the decisions on what warrants a suspension and what doesn't, please let me and the rest of guys know..

The Bottom Line: Like I said yesterday, this series may come down to secondary scoring, and Lupul is one of the veteran guys who can provide that for the Leafs. Considering that he's had injury problems in the past, he may have some trouble dealing with the physical play that will be a big part of this series. He has 16 points in 21 career games against the Bruins, and 11 points in 13 career games at the Garden. With his playoff experience, he'll be one of the guys Randy Carlyle will lean on to provide leadership for some of the younger players. If the Leafs end up breaking Boston hearts in overtime at some point in this series, don't be surprised if Lupul has a hand in it.