During the season, he was used as an easy-minute grinder. In the series against Washington, he was thrust into a shutdown role, as you can see here: 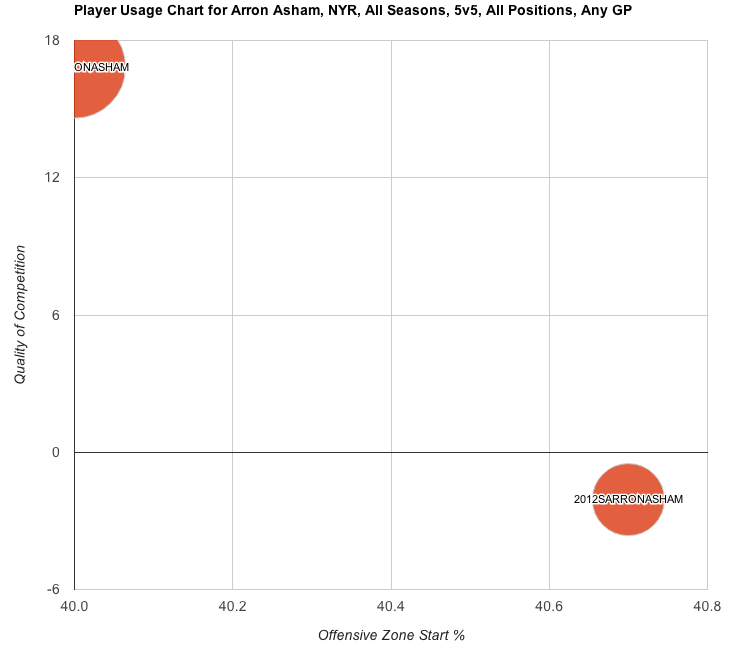 via Some Kind of Ninja

And here it is, relative to his team: 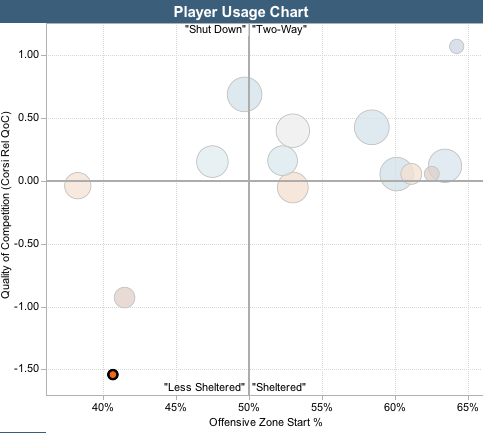 So, not exactly the best player on the Rangers, but certainly Torts trusts him.

The Bottom Line: Arron Asham is known for his pugilism and the occasional dirty hit. Like when he cross-checked Brayden Schenn in the throat and punched him when he collapsed. That's why he's got 0.27 points per game, and 1.26 PIMs. He (hopefully) won't be a consistent scoring threat, but with our D as thin as it is I think he could do some damage finishing a couple checks here or there.