Last night, old pal Jimmy Murphy went back to that classic old tactic: "Slag the guy who won't give you a quote." He wasn't even subtle about it:

Not surprised Chara wasn't one of Bruins to address media prior to Game 7. Not acting like captain on and off ice. Give C to 37 in offseason

I'm sure that Murph didn't mean that to say "He's not captain material because he won't come talk to me!" but that's certainly how it sounded to me. Adrian Dater, of all of the people, asked him about it. Then Aaron Ward jumped in, and I'll let you read it for yourself... 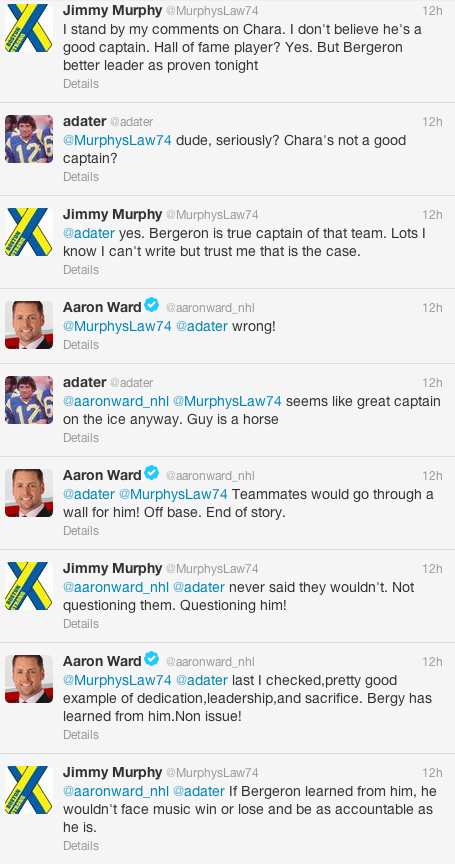 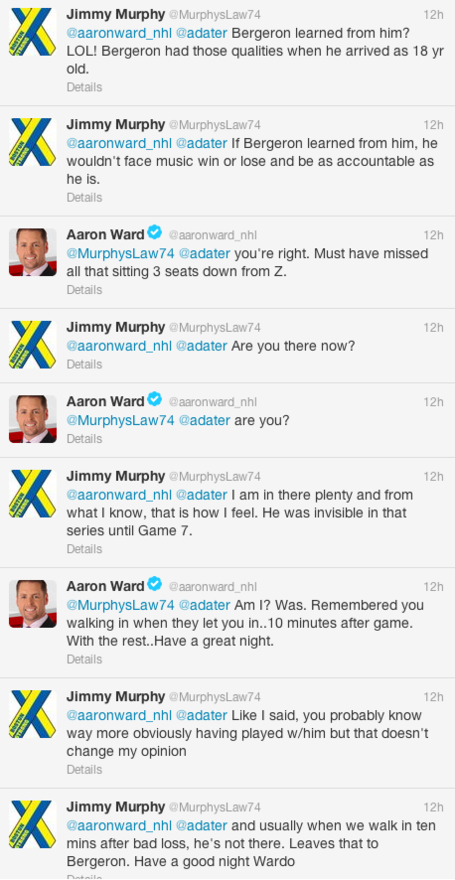 That's a game misconduct for third man in on Aaron Ward and an absolute beatdown of Murph. Sometimes, Aaron Ward gets it wrong. Sometimes, he gets it right, and sometimes, he scores a short-handed breakaway goal out of the penalty box:

Whatta guy. All the best, Wardo!