Carl Hagelin is a dangerous and speedy winger on the Rangers. He's one of their better scorers, which is interesting, considering his company. He's no Derrick Brassard, sure, but he can hurt ya. He's their only forward with an even Playoff Goal/Assist Balance (without being all zeroes) and he's got 2 each so far.

Data for this widget is not currently available

Data for this widget is not currently available

Good to see @tiesto supporting the team today and wearing a #62 jersey twitter.com/CarlHagelin/st…

Here's how he gets used by Torts: 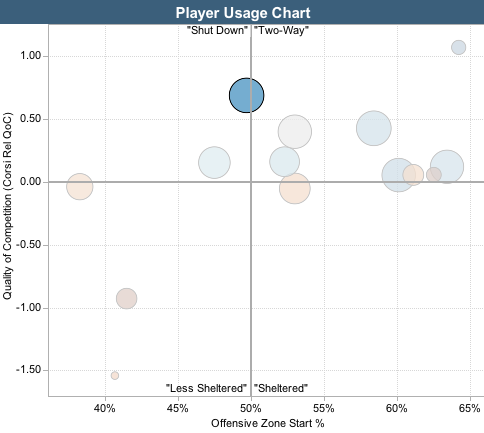 Here's a similar chart, but for his career: 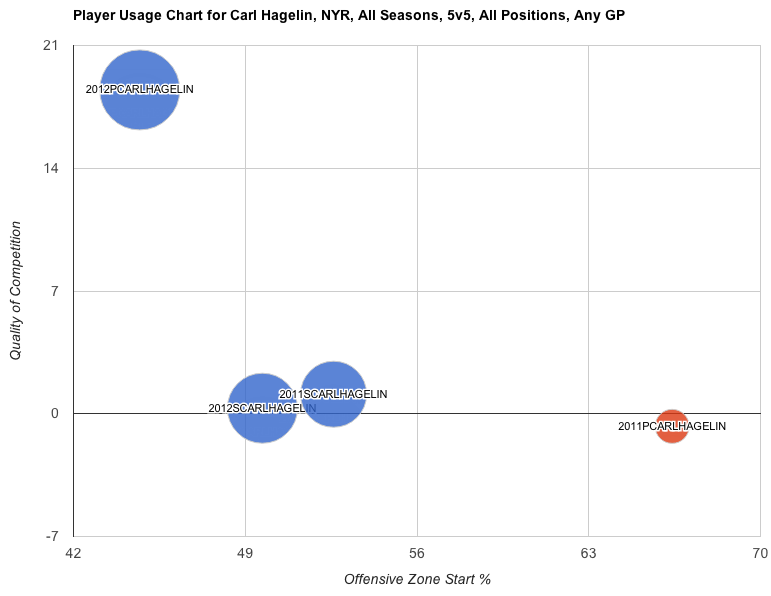 via Some Kind of Ninja

The Bottom Line: He's probably going to be seeing time against Chara and whichever defenseman is playing with him. He's almost certainly going to score at least one goal that we all hate. What a dumb jerk.