Get to Know a Dumb Jerk: Jarome Iginla

Share All sharing options for: Get to Know a Dumb Jerk: Jarome Iginla 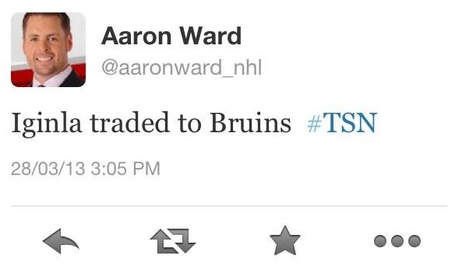 It's a shame that Jarome Iginla decided Pittsburgh over Boston because now we're all going to get called (big-R) Racists when some asshole in New Hampshire with a Bruins logo in his twitter avatar makes some racist shitbag tweets.

Can't be helped, though - fuck that guy.

Yeah, I said it. And for a good reason - he took a look at our team and said "Nope." Bartkowski could be helping the Calgary Flames next year, but Iginla preferred to play with his buddy Sid. Which is a shame for Calgary, really. Oh well. As with all bit players on teams we're about to face, we're going to do a little profile on the Myth, the Man, the Guy Who Thought Pittsburgh was Nicer than Boston: Jarome Iginla.

He's a future hall-of-famer, for sure. But is he any good right now? You'd think so - he's certainly talked about enough. But how has he done?

Well here's the playoff usage chart, compliments of Some Kind of Ninja, of the Penguins in these playoffs: 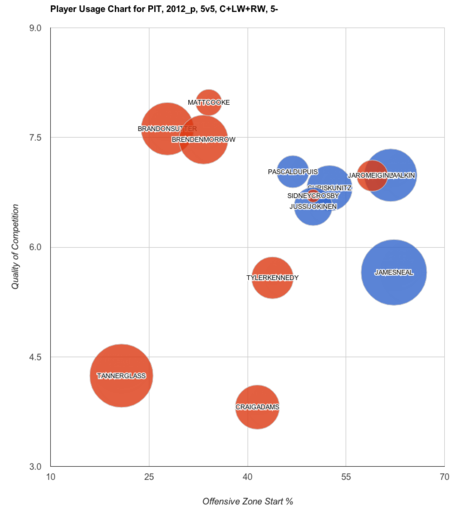 That's him, the big red circle over on the right. He gets started in the offensive zone almost as often as Evgeni Malkin and James Neal, but seems to be the only guy on the offensive zone side of this chart with a negative corsi. He's getting sheltered minutes and dying in them. (That's bad) Of course, everyone in Pittsburgh is good at the powerplay, so he's gotten plenty of points.

He's even tied with rookie phenom Torey Krug in playoff goals. What a jerk.

Oh right, there was one game where Iginla the Penguin came to Boston. He and Horton fought:

Horton sat for a while after that, too. Because Iginla's a dumb jerk.