Share All sharing options for: James Reimer Is As Bad a Liar As He Is A Goalie

Reimer wasn't happy with Boychuk shot beating him high.Says may have been fooled by a black seat in stands at eye level, but says no excuse.

Yes, we all saw yesterday as Reimer said something postgame he'd probably rather take back. Mennonites aren't known for lying, after all. But is there even a black seat there? Let's take a look.

Here's where Boychuk took his shot from:

The line connects the two faceoff dots, in an attempt to figure out exactly where Boychuk's shot comes from. Here it is from a different angle, with the same line. The puck is that dot I labeled "Puck": 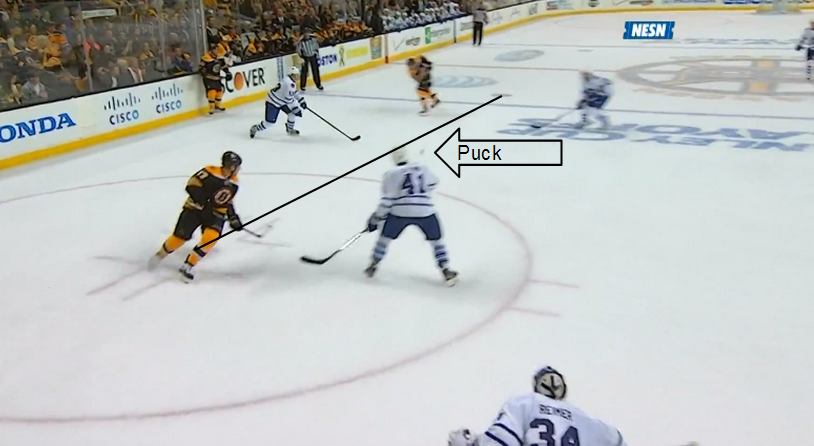 Here is about where that is, on a current rink. The orange line traces what I believe to be the puck path back behind Boychuk, to get an idea of what Reimer was looking at. 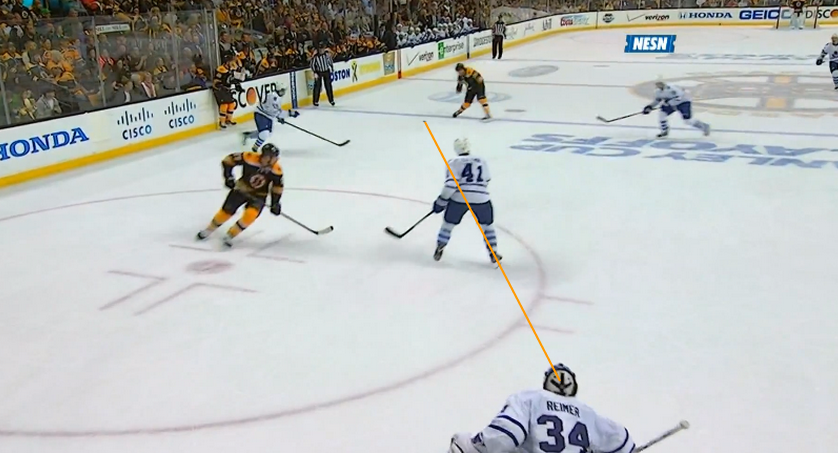 Well, that's funny. I drew a line from Reimer's head (where the eyes are, for those Leafs fans who don't know their anatomy) to the puck. There seems to be something in the way. Oh my, it's...Nikolai Kulemin?

I believe we've found the black seat. It's actually a blue butt.

Nikolai Kulemin caused Reimer to totally miss where the puck was coming from (and to) and wave at the Johnny Rocket as it flew past. This isn't new territory for Nikolai. He works the front of the net fairly often. It's just that usually it's not his own net. What does he think about it?

Probably the same thing he thinks about everything: Sheepishly remorseful. Seriously, have you seen his team photo this year? Look at this thing: 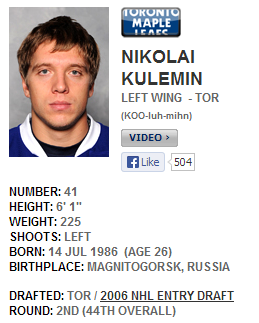 via The Official Site of Leafs Nation

That's a guilty face, if ever I saw one. Phew, glad we solved that mystery. As for Reimer's lies? I'm willing to chalk it up to "being a good teammate" if he's willing to let the Bruins keep putting goals on the board. Deal?