Stanley Cup Final 2013: Why you absolutely should cheer for the Boston Bruins

Share All sharing options for: Stanley Cup Final 2013: Why you absolutely should cheer for the Boston Bruins

Are you a new member to the Bruins bandwagon? Welcome! Congratulations on your excellent life decision to root for the Bruins over the Blackhawks. Are you still a little torn? WHY? In case you are here to learn about the team you've decided to embrace, or to try to be swayed, here is a primer for the Bruins team and why they're awesome.

Reasons the Bruins are Awesome

In an attempt to actually help you learn about the team in preparation for the finals, I'll present the order of the players in order of line combinations. This is how the lines currently look, which are significantly different due to the injury to Gregory Campbell (reason number one to love this team - even Blackhawks and Penguins fans know they watched him kill a penalty for almost a full minute on a broken leg and it was the most badass thing they have ever seen). 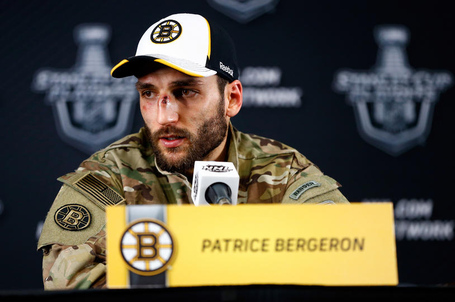 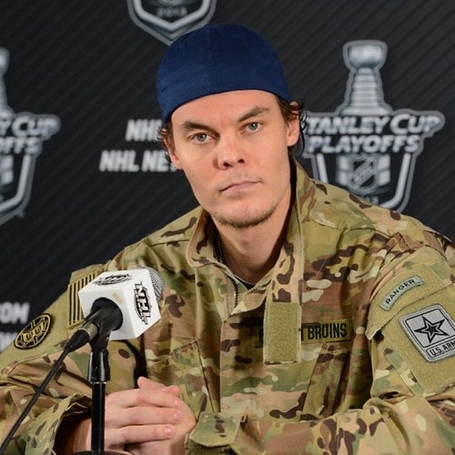 Often cited reasons for the Bruins success is their ability to keep the "team core" together. After the 2010 collapse against Philadelphia in which they blew a 3-0 series lead, that core consisted of Chara, Bergeron, Marc Savard, Mark Recchi, Ference, Krejci, Lucic, and a few other players. We know Savard won't be back to play because of concussion problems, but he is still listed as a member of the team.

Of the players that were around to win the Cup in 2011, 16 are still here. The guys that are gone are Recchi (retirement), Michael Ryder and Tomas Kaberle (free agency), and Tim Thomas (crazy). They assembled important pieces right before the trade deadline in 2011.

Basically, it's easy to love this team if you don't have a vendetta against them because you're, say, a Habs fan. They may spew a lot of silly lines about how they're a "team" and that may be getting repetitive, but it's kind of the truth as much now as it was in 2011 - and it may be even more true now than it was before.

The Blackhawks may be the favorites going into this, but I think Bruins fans should like our odds given the history of this team and the make-up of it. It's a whole lot of awesome.