Share All sharing options for: Behind Behind the B *or* Your Team's Management Are A Bunch of Dummies

The other day, NESN dropped "Behind the B," a propaganda piece doc that delves into the inner workings of the Bruins front office during the offseason before devolving into boring human interest BS with the players. There were some bombshells in the first part the laid clear the reasoning behind the Seguin trade, and some of that reasoning is pretty troubling. Following is a beat by beat account of this first episode. For those of you playing at home, you can follow along right here:

2:25 - Claude Julien "We had our opportunity and played our best when it counted"

Subtext: (EXCEPT FOR YOU SEGUIN)

3:46 - Peter Chiarelli "You'll see that we're gonna have to lose some players"

Subtext: Because I signed Kelly and Pevs to 3m deals w/ NTCs. My bad guys.

4:46 - Adam Creighton, Pro Scout "It's time. You can't sacrifice one of those kids to keep an older player"

HEY THIS GUY GETS IT! (fails to apply same logic later)

5:05 Jim Benning is so fucking bummed out about Ference. Look at him pout. Soon he will have his revenge on these whippersnappers. Sooooooon

5:36 - Narrator on Seguin "Seguin has been something of a mystery. Flashes of Brilliance followed by dry spells"

Boy that enigma doesn't score every game, what a bum. Kinda beginning to sound like this program produced by an arm of the Bruins organization is designed to make fans cool with that whole trade thing...

Oh yeah, one of those. Dime a dozen, man!

uhhhh, got it Jim, thanks for your clarification

Mysterious voice - "We need some speed"

Because speed has never been a benefit in the playoffs:

Not sure this Confucian organizational philosophy is the best tack, Jim.

We need a pitcher, not a belly itcher

6:20 - Director of Player Personnel Scott Bradely "It's knowing the value of your player and when to move them. We were good on Raycroft and good on Phil."

Ok, fair point on Raycroft, but Phil? Just #7 in scoring in the league since departing the Bruins, NBD

7:30 - Sound recordist , embarrased by his previous efforts, decides to try the novel approach of sticking a lav directly inside Peter Chiarelli's mouth for this meeting

7:32 - Chia "We're trying to sign Horton. We're having difficulty. We have a list that we may go to market on if we can't get him done. If we sign Horton or a comparable player for that salary, we have to move a player. Andthat player that I've been shopping is Seguin"

STOP THE MOVIE! Alright, here we have confirmation that Tyler Seguin was shopped to fit Horton or Horton equivalent on the roster. That's right, not discipline, not production: cap mismanagement. Heard this one before? No, the options were not to move or buy out lower line guys like Kelly, the decision from Chia was to ship out a 21 yr old budding star to fit a 28 yr old mid-60 player with concussion issues on the roster long term. And now you know... the rest of the story

Ugh, Ladies and gents, this is the recently promoted, reputedly analytics friendly head of amateur scouting making his decisions based on perceived softness of a player. NHZ, Phunwin, all you Corgi's out there, we're in for a fun ride. And by fun, I mean this is going to fucking suck. 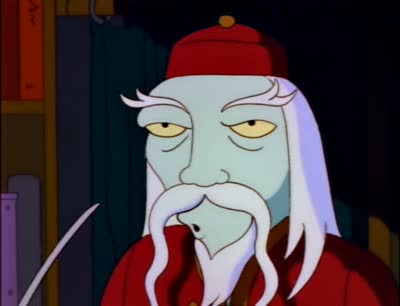 Bradley "Yeah, it does. He's a star player, there's no doubt, but does he fit with our culture"

A walrus looks on, dismayed

8:56 - Indecisive zoom into Neely, wait, no, a coffee mug. No, Neely. Now into his ear, through the canal into the inner workings of his mind

9:00 - Conclusive news arrives that Horton saw some zoo animals and doesn't want to be a Bruin anymore. Chiarelli openly weeps

9:12 - The entire Bruins front office shares a moment of silence for a guy that has never exceeded 62 points in a season at anytime in his career. Move on to next order of business: trading that 21yr old fucker who had the nerve to be better than Horton.

9:26 - Narrator calls Bruins brass a "brain trust." Not sure that's the right term.

10:00 - Bradley "I just think there's too many red flags on him. He has a lot of talent, we know that. He should be scoring"

DING DING DING. And there we have it, worst fears confirmed: At least some of the B's "brain trust" traded him based on their utter lack of understanding of percentages and regression, overreacting to unsustainable lows. Good times, man, good times.

10:20 - Bradley "He hasn't proven that he's tough enough or plays our style of game"

10:21 - Neely ponders whether he should grow a mustache. Decides he would exude too much manliness. Opts for a soul patch.

10:40 - Neely "There's a couple issues from my perspective. There's the on ice and off ice. On the ice, he certainly has all kinds of skill, but I don't care what age you are. You're three years into the league and you should have some improvement in the areas that I know the coaching staff has talked to him about. And it's a little slower than it should be because they're areas that it's difficult to get into in this game"

Convinced that cameras are everywhere, recording his every move, Neely speaks in circles while sending a coded message through body language about hotels, security guards and shirtlessness.

11:48 Chiarelli like, y'know, like really likes this player and, like wants to ask him to, y'know, get traded for Seguin. I mean, only if he's like, totally into it and maybe a 2nd rounder er whatevs.

12:50 - HEY GUYS! IT'S LOUI ERIKSSON! FORGET ABOUT THAT OTHER GUY! LOOK A LOUI! WHAT OTHER GUY!? LOUI! I DON'T EVEN KNOW WHO YOU'RE REFERRING TO! LOUI!

Neely starts an international incident by dissing Sweden. Makes amends by drafting nothing but Swedes.

14:55 - Loui smirks as he follows through on his bet to drop as many double entendres as he possibly can during an interview.

RUN HIM OUT OF TOWN! BURN THE WITCH!

19:44 - ugh, too much baby, too much human interest. Fast forwarding

23:07 - Iginla's form during his blowfish impression exercises is top notch

23:53 - Iginla talks about choosing Pittsburgh. He called the Bruins losers. He totally did. Just watch the tape. He only likes the new hotness. The second we lose, peace, he's out.

25:03 - Iginla " I want to come and be myself. I don't think I'm extremely vocal or extremely quiet"

On to prospect camp:

Between his haggard appearance and the ease with which he delivers this intro, Chia appears to have spent some time in church basement meetings

27:57 - Malcolm Subban gutterball "I just set myself up for a spare"

He's "brash" just like his brother. Better not see any triple low fives. Only serious, personality-less guys in Boston. Oh, and hitting.

On to the many talents of Strength and Conditioning Coach John Whitesides. Obviously he's got strength and conditioning down, but also:

30:00 - Whitesides "The only difference between a 1st rounder and a 7th rounder is the first rounder knew where he was going sooner.

Weeeeell, most of the time there's also that whole talent thing.

37:15 - Anthony Camara exit interview. Prepare your raincoat for NESN jizzing themselves over his toughness.

Well, good practice if you're a Hab anyway.

38:45 - After nearly a decade playing hockey in North America, the only words David Krejci has picked up in English are "pretty cool"