Share All sharing options for: 29 Teams We Hate: Pittsburgh Penguins

Being tasked with writing a post about reasons to hate the Pittsburgh Penguins was incredibly intimidating. Where do you start? There could be entire books written about the franchise's loathsome history, and their unlikability through the years.

But instead of having to choose just a handful of reasons, I decided to compile a list of 29 reasons to hate the Pittsburgh Penguins. Why 29? Because I like keeping with themes, and to honor the hilarious goaltending of Marc-Andre Fleury.

1. Their stupid name and the dumb animal they represent.

2. Their lame city which I always picture as being overcast.

3. Their bandwagon fans, who upon reading this have already started compiling a list of reasons why they're not really bandwagon fans.

4. The same "fans" that allowed their crappy team to file for bankruptcy twice (!) despite the emergence of their original rigged draft pick savior Mario Lemieux, who would eventually go on to buy the franchise that owed him $32.5 million in deferred salary.

5. The very same fans that helped lead the Penguins to the league's worst attendance record in 2003-2004, just prior to…

7. Their refusal to admit the Boston Bruins were a better team last spring. ("I don't know if it's bad luck or if Boston played well…"- Evgeni Malkin)

8. Sidney Crosby not recognizing that physicality is part of playoff hockey

11. The "Mario Lemieux And Butts" statue

12. Sidney Crosby trying to pick a fight with Tuukka "you serious?" Rask

14. Their fan base's insistence that Marc Andre Fleury continues to be an elite goaltender. 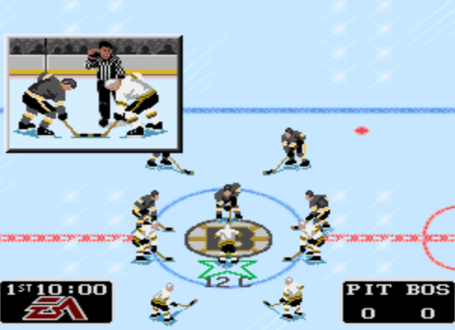 17. Stupid America-hating Sidney Crosby robbing the U.S. of a gold medal in 2010

19. Mario Lemieux's hypocritical rant about violence in the NHL while also still signing the checks for...

24. For allowing Hal Gill's name to be on the Stanley Cup

So here's to you, Pittsburgh. May you enjoy many more years of record-breaking regular seasons and disappointing playoff exits.