AKA: Let's sum up what we've been bemoaning all preseason. Young defensemen, the third line, and of course: the power play.

1. Will the power play finally get a new look this year? 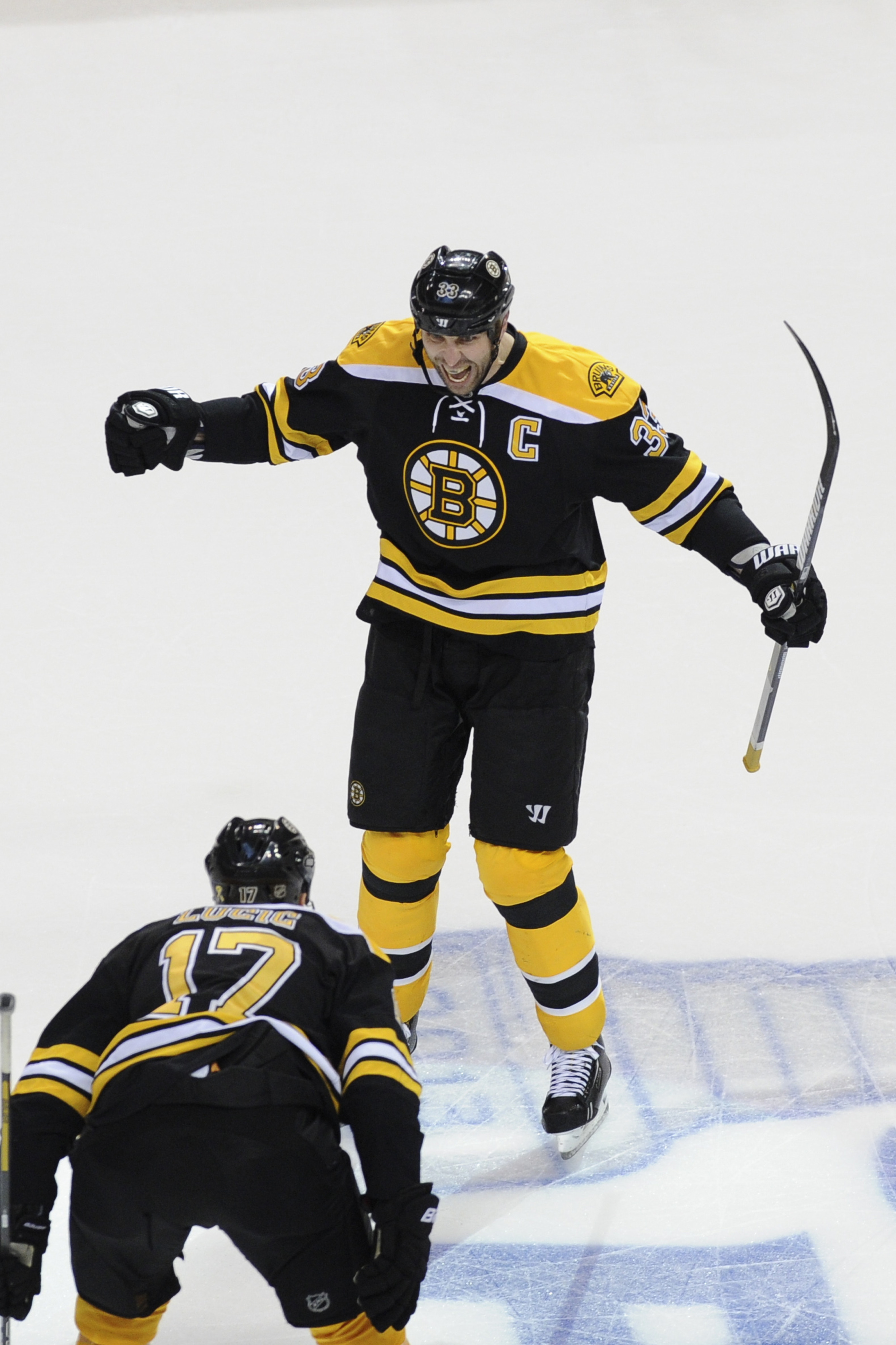 It's no secret around the NHL that for the last few years, the Bruins power play has been ridiculously bad. The 2011 Bruins won in spite of it. The coaches have seemed determined to make the same old combinations and plays work - until this preseason.

You may remember, and here's a video to jog your memory if you don't, that Zdeno Chara was directly in front of James Reimer when Patrice Bergeron scored on the man advantage to tie things up in Game 7 against Toronto this past year in the playoffs. Apparently, Claude Julien and Co. think this might be something that works to the Bruins' advantage in the regular season; so, rather than having him on the point firing his cannon of a shot on the power play this preseason, the Bruins have tried sticking the 6'9 defenseman in front of the net.

If their success in the preseason has any indication (seven PPG over the course of three games, including four in one game against the Canadiens), the Bruins' new-look power play may actually happen. With Chara in front of the net and Torey Krug or Matt Bartkowski walking the blueline at the point, the Bruins have the potential to move into the top third of the league in power play success.

2. Who will fill that third line RW spot? 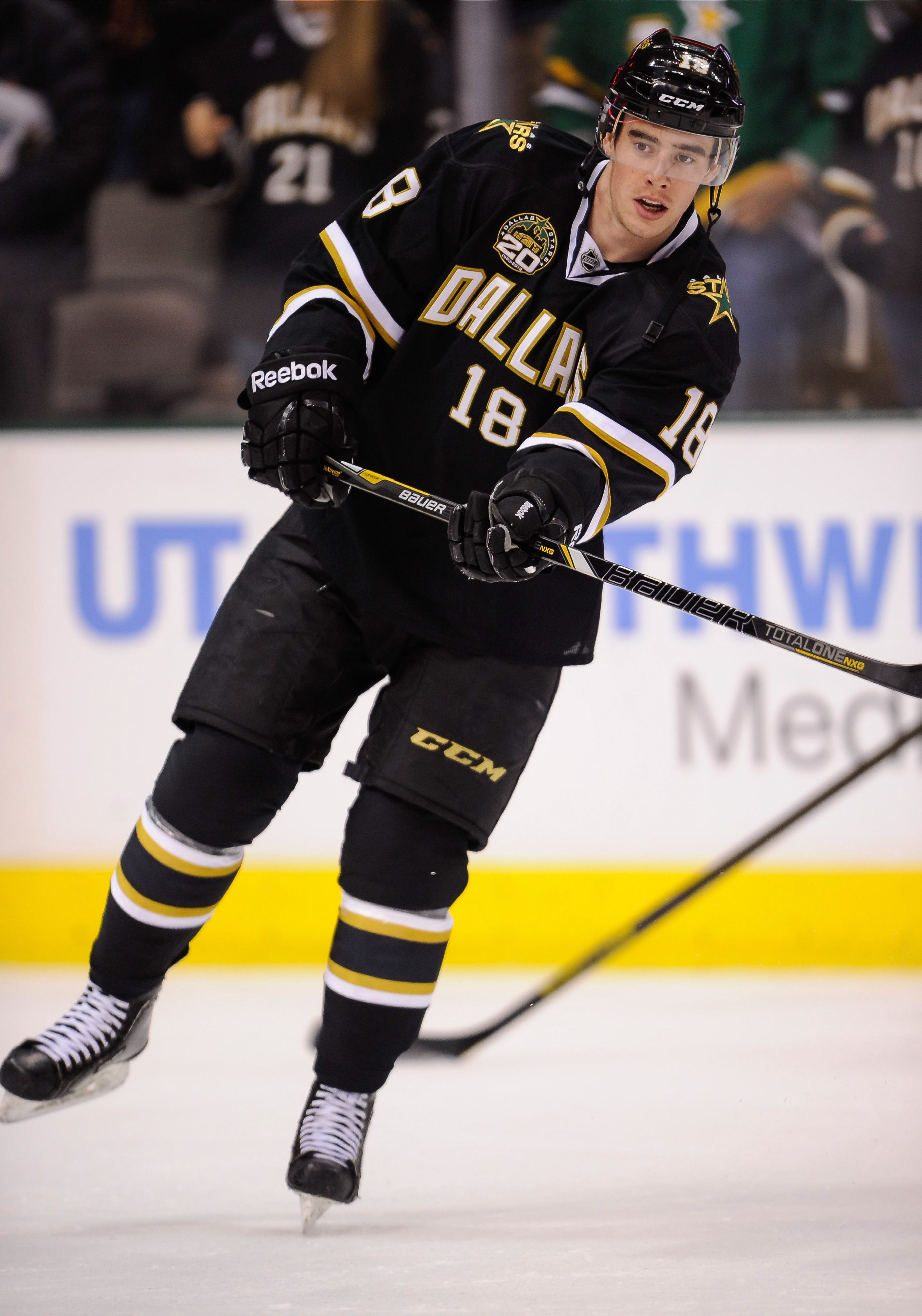 All indications point, as of today, to Reilly Smith starting the season in the third line RW spot. Smith, acquired from Dallas in what is now being referred to as the "Peverley trade" He'll slot in alongside Chris Kelly and Carl Soderberg.

Is that a good thing? Yes.

Smith has NHL experience from his time in Dallas - Defending Big D actually got all poetic on us about how good Smith was in college before his debut. His NHL experience last season didn't amount to much, as he only scored three goals and had six assists in 37 games. Still, he's just a year removed from college at this point, and perhaps with experience will come greater confidence in his own scoring ability. He had 35 points in 45 games in the AHL last year, as well, and saw a lot of success in the preseason for Boston this year.

While some may say that the alternatives to Smith were more appealing (Jordan Caron, Ryan Spooner, Nick Johnson) the fact of the matter is that these players may see time in the NHL sometime this season - Smith just happens to have been the most impressive right now.

3. Which two of Torey Krug, Matt Bartkowski, and Dougie Hamilton will end up with the most ice time? 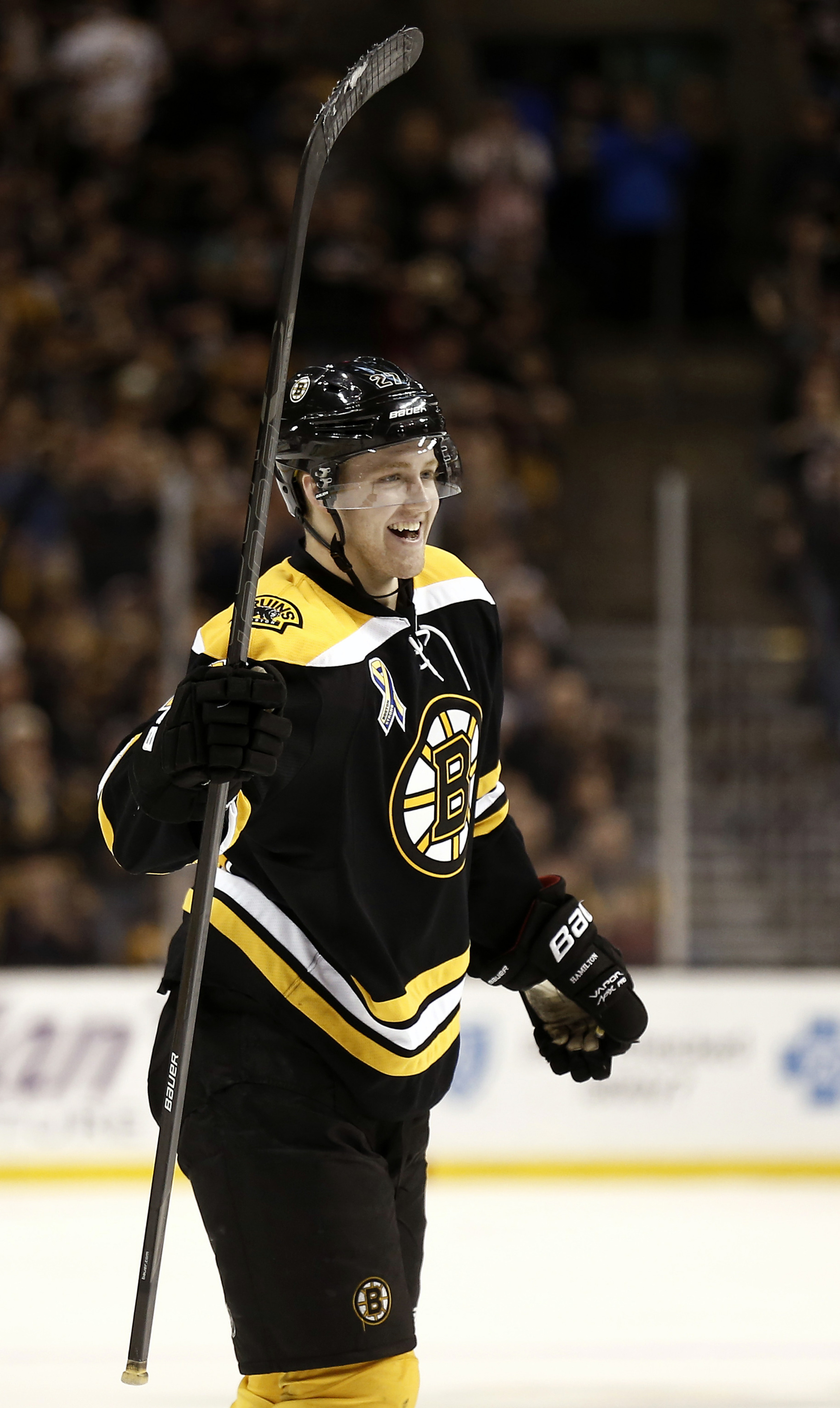 The easy answer is that Dougie Hamilton and Torey Krug will get the most playing time by far, with Matt Bartkowski in the press box as defenseman number seven. Krug had himself an amazing run in the 2013 playoffs, seemingly coming out of nowhere to score goals against the Rangers at the most crucial of times. His ability to play the blueline on the power play is unparalleled by anyone else on the Bruins right now. He's small but hardly a liability in his own end. Hamilton is young but had a really good rookie season last year. Paired with Seidenberg, he's very successful at getting the puck out of the Bruins' end. Unfortunately for Bartkowski, he's simply the odd man out.

In reality, any number of things could happen. Injuries, trades, Bartkowski proving himself too valuable to be benched over either of these two or Adam McQuaid. They could all three end up with regular spots. It's even likely that Julien will decide to rotate these three, getting them fairly equal playing time to start the season until two of them establish themselves as the easy choices for regular spots OR until a trade is made. Whatever the case, the Bruins have an abundance of riches on defense this year, a problem that will be dealt with gladly.