Zdeno Chara's bunch will be looking to improve on 2010's surprising fourth-place finish.

Group: Group A, along with Russia, Slovenia, and the United States

Number of NHLers on roster: 13 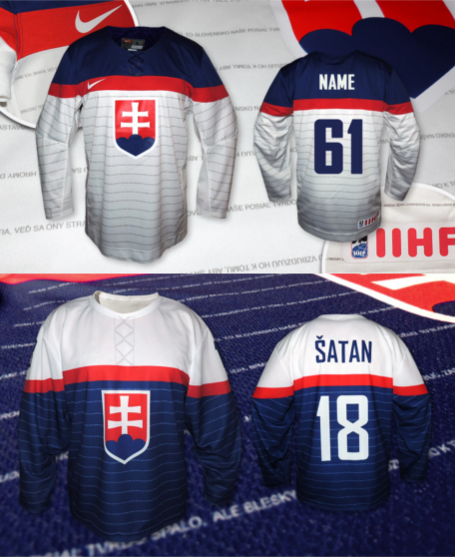 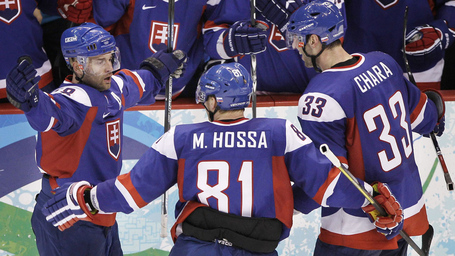 Weird fact: Slovakia is so small that it could fit three times over into the area of Minnesota.

Slovakia is a pretty intriguing team. They have a lot of high-end NHL talent for such a small country, but there's a significant drop-off between the high-end guys and the rest of the squad, i.e. they're either great or average, there's nothing in between.

Strength: The Slovaks have a wealth of talent at forward: Marian Hossa is a premier NHL sniper, Michal Handzus, he of 466 career NHL points, is a big winger who can score, and two Tomases, Kopecky and Tatar, have proven their worth at the highest level. Marian Gaborik being out with a collarbone injury is a huge loss, but the Slovaks do have some guys who can step in and combine to fill the void.

Weakness: The Slovaks may have the best overall defenseman in the tournament in Zdeno Chara, but he doesn't have a ton of help. Andrej Sekera, Andrej Meszaros, and Lubomir Visnovsky are serviceable NHLers, but none belongs on a top defense pairing against the world's best skaters.

Key player: As Jonas Hiller proved in 2010, a hot goalie can come pretty close to stealing the tournament, and can, at the very least, lead to some big upsets. The Slovaks have goalie like that in Jaroslav Halak of the St. Louis Blues. Halak has a record of 23-8-4 so far this year, with a save percentage of .914 and a GAA of 2.27. He's done it before for Slovakia, allowing just one goal on 37 shots in an upset win over Russia during the Vancouver games and backstopping that squad to a fourth-place finish. If Halak can get hot, Slovakia will be dangerous.