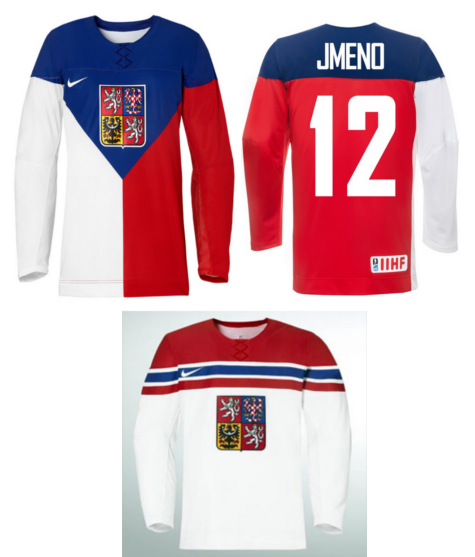 Goaltending and defense are without a doubt going to be a problem for the Czechs. And while their offense looks threatening, they are very old (Seriously, Petr Nedved?). I firmly believe David Krejci will steal the Gold medal all by himself (I do not really believe this).

The team's refusal to put Jiri Hudler on the roster is baffling, but this may be due to the fact that their coach, Alois Hadamczik, is a bit of a knob job. Fans and players alike seem to resent this guy because he does stuff like pick his son-in-law, Michal Barinka, for the team over other more worthy options in the NHL, KHL, and even within the Czech Extraliga.

The goaltending situation will be the biggest problem for the Czechs. Hadamczik has been adamant that the only NHL goaltender picked for the Czech team, Pavelec, is not necessarily going to be the starter. And while the two other goaltenders, both from the KHL, may turn out to be competent goaltenders, there are notable NHL goaltenders that were not picked, including Michal Neuvirth (Washington Capitals), Marek Mazanec (Nashville Predators), and Petr Mrazek (Detroit Red Wings).

In the past, Czech success at international competition has always relied heavily on goaltending. They would not have won the 1998 Gold Medal if not for Dominik Hasek. Their most recently celebrated star goaltender was Tomas Vokoun, who won the Czech Golden Hockey Stick (Zlatá hokejka) award for Best Czech Player four years ago for his outstanding performance at the 2010 World Championship, where the Czechs won gold (REIGNING GOLDEN STICK WINNER IS DAVID KREJCI BTW). Unfortunately, Vokoun has been out with injury.

Other unfortunate injuries, besides the devastating loss of Vladimir Sobotka, include San Jose Sharks' Tomas Hertl. Instead of upgrading the roster when Sobotka went down with the injury, the choice of Martin Erat over Hudler will probably come back to bite them in the ass.

The Czechs are probably a long shot to medal, but I think they will finish much higher than they did in 2010.

Sidenote on the impact of the 1998 Czech Gold medal win, from this excellent article by Chris Johnston:

Take Chara’s Bruins teammate, David Krejci, for example. He was an 11-year-old boy when Dominik Hasek backstopped the underdog Czechs to a victory in Nagano and, it was during the wild celebrations that followed in Prague that he decided that he wanted to be a pro hockey player. "They went on the stage and they were singing songs with the fans and it was live on TV," Krejci told me recently. "That was like a moment that kind of turned it around for me in my hockey career. I was watching that, I had goosebumps and I wanted to be out there with those guys. You know?"