Share All sharing options for: I HAVE A TRAIN TO CATCH - Bruins lose in 2OT to Habs

What a game. What a STRANGE game. Honestly I had no idea how to read this game for the first 40 minutes, and I've seen the Bruins dominate games statistically over and over again only to end up down a few goals (faced with a stellar goalie and bad luck), get frustrated and take lazy penalties--a frequent outcome in Bruins match-ups with Montreal. For the first 40 minutes the Bruins dominated possession but passes were just off the mark, clean shots were wound up just a second too long, pucks were tipped just wide. But the Bruins are famous for their 3rd period comebacks, and these playoffs have proven that no two goal lead is safe.

In the end it was terrible penalties that killed the Bruins, eventually leading to a PK Subban goal in double overtime.

THE BAD
THE UGLY 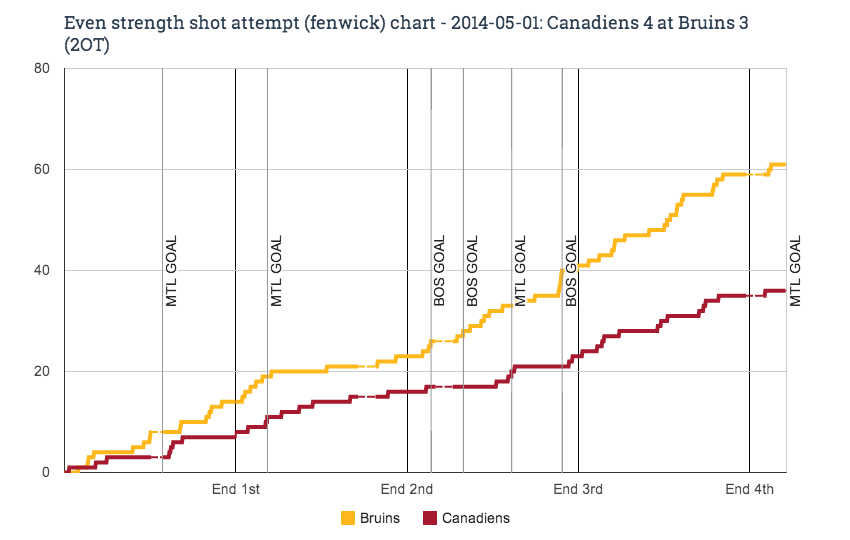