Players we love (and love to hate): Winnipeg Jets

Share All sharing options for: Players we love (and love to hate): Winnipeg Jets

"Our goaltending has been superb, to be honest with you," - shitcanned coach Claude Noel

"The defence will be a strength and goalie Ondrej Pavelec is pushing to join the ranks of elite-level netminders" - A Sun writer, natch

"When you come from Pittsburgh, you may not view him as an elite goalie, but once you come here and see what he does, night-in and night-out and some of the saves he makes, I've learned he is an elite goalie in this league" - barely-NHL-forward Eric Tangradi (with a gorgeous backhand on that Fleury comparison)

"Yes, Ondrej Pavelec is the No. 1 goalie going into next season" - GM Kevin Cheveldayoff confirming he won't be GM much longer

The sheer amount of self-delusion at play in the team, media and even a surprising number of fans' elevation of an at-best backup goalie into an "elite" netminder could make you faint. 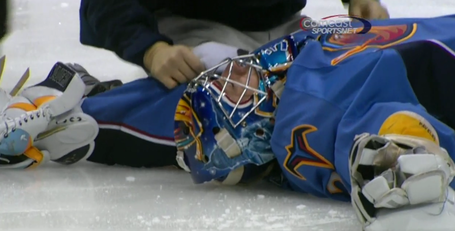 For a guy who has posted exactly one league average performance in his entire career at the NHL level, it boggles the mind that he's stuck around as long as he has. But that's part of the Pavelectric charm. He's a survivor. When life's got you down, when the chips are stacked against you, when the red light's flashing and you're getting outperformed by the corpse of Marty Bordeur, just remember: Pavelec is still an uncontested #1 goaltender in the best league in the world. You're going to make it.

Pavelec's is the quintessential American Canadian story. One of an immigrant's reinvention in a new land (though he might have had to for self-preservation after the Olympics). Of second chances - and who has given more than the Thrasher-Jets brass to their goaltending golden boy. No accountability whatsoever for actions or performance? THAT's the North American way!

Backstopping a non-playoff Jets team that sits in the top ten in offense and roughly average on D, above all else Pavelec gives the everyman hope: one man really can make a difference.

On the eve of another selfish collegiate forward turning his back on the team that drafted him out of obscurity, lets reflect on another such turncoat once in our midst. Before we repeat history and sign Kevin Hayes, remember what this action says about a player's character.

Blake Wheeler was so me-first he fully believed he was entitled to cross the blueline before anyone else.

Shunning his rightful owners in the desert, this mercenary would stab his team in the back to ride the coattails of a juggernaut-in-the-making. Sure he'd contribute to one of the most potent third lines in the league alongside Michael Ryder and David Krejci, but his lack of production when it counted in the post-season belied just how much of a team player he truly was. Introducing such a locker room cancer into the organization would be a quickly corrected mistake, the Bruins ultimately flipping the soft floater to a team without a future in karmic comeuppance for crossing the erstwhile Jets.

Like other talents before him and another notable since, he'd have the gall to continue his developmental arc after leaving Boston, posting steadily improving top six numbers ever after. And what'd we get in return? Just a few measly games of a banged up guy with a heart condition and some shiny trinket for a year. 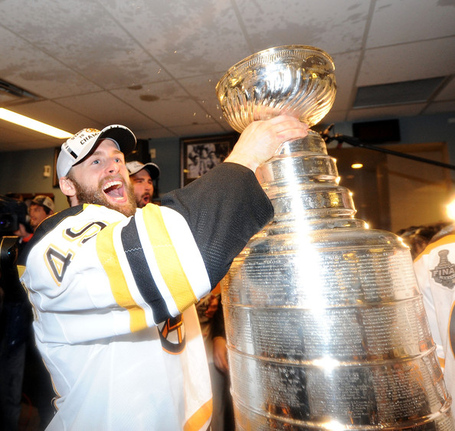