Gabe the babe is great, and Daniel Briere is the worst

Let it never be said that Bruins fans don't know how to hold a grudge. Today on Players we Love and Love to Hate: the Colorado Avalanche!

Share All sharing options for: Gabe the babe is great, and Daniel Briere is the worst

Can you believe this is already going to be Landeskog's fourth season in the NHL? Seems like just yesterday he was drafted second overall in 2011, behind Ryan Nugent-Hopkins. Since being drafted, he's already scored 57 goals and had 77 assists, and is now the Captain of the rejuvenated Avalanche at just 21 years old. He was the youngest captain in NHL history when he was named as such back in 2012, at just 19 years, nine months and 13 days old - 11 days younger than Sidney Crosby when he was named captain of the Penguins.

Not only is he a great hockey player, but you just can't hate him. Even when he's doing stupid stuff against the Bruins:

You just have to laugh.

He's Swedish to the core but he's not above making dumb bets with Americans over things like the Olympics and the WJC - and then following through when his team loses: 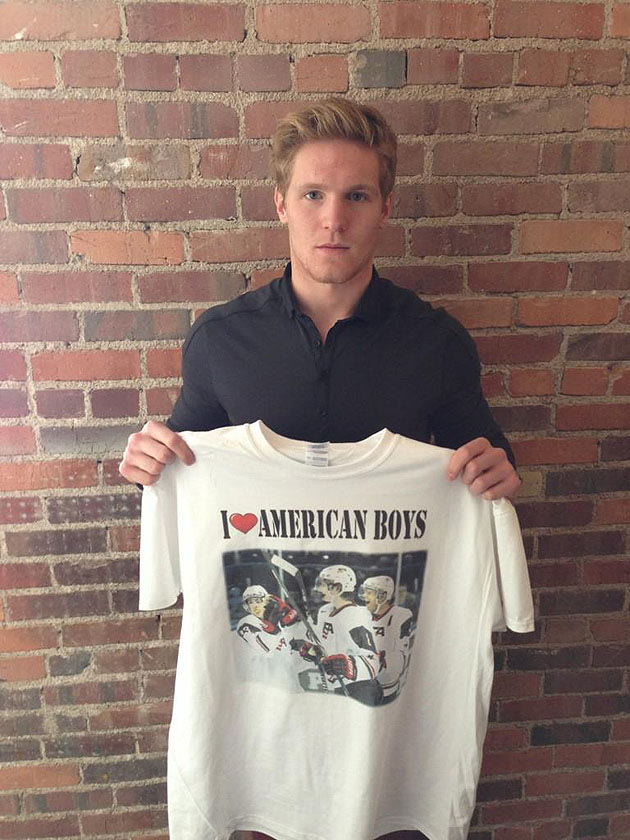 Also he's just really really ridiculously good looking. So that's a plus. True story: an Avs fan once unfollowed me because I wouldn't stop calling him Gabe the Babe. I regret nothing.

Runner up: Nathan Mackinnon. Because Mooseheads.

The Magical Spearing Midget? Yeah, this was an easy choice.  He was a dink with the Flyers, and with the Habs?